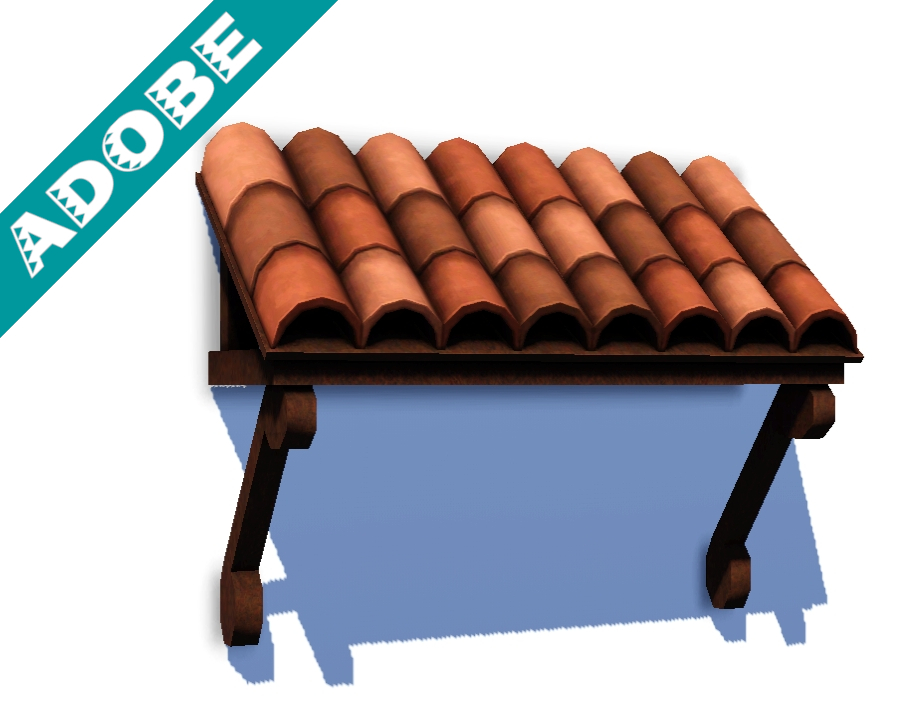 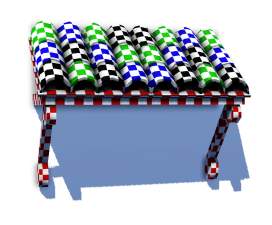 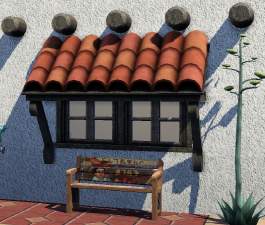 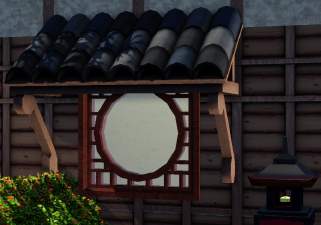 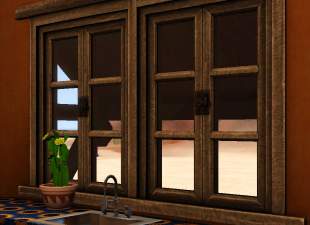 Created by Qahne
View Policy / About Me View all Downloads
Uploaded: 27th Feb 2021 at 8:37 PM
Updated: 27th Feb 2021 at 9:21 PM
The Sims 4 has a lot of diverse build styles, some of which we've never really had in the other games, and of particular interest to me are many of the essential southwestern build items. I've decided to adapt some of the key items over.

In the hot, harsh environment of the American Southwest - and a lot of other places, too - putting some shade up against your windows is essential. TS4 has a really nice selection of awnings for just that purpose, and I've always liked the basegame Made In The Shade Tiled Awning for its low-hanging style. So I converted it over for TS3, making it fully recolourable in the process. The first channel is for the wooden support structure, the other three are for the tiles, so you can really play around and get a good amount of variation and weathering in there. The second preset has the default TS4 tile texture as an overlay, just in case you'd want that.

In addition, I made a few changes to the mesh, the biggest of which is removing the rear support beam, as this interfered with windows and made the awning a little less than useful. For maximum flexibility, it can also shift up and down walls. Additional Credits:
Mesh and textures modified from The Sims 4
Other Information

Description: Modified from the made in the shade tile awning from ts4. By [email protected]