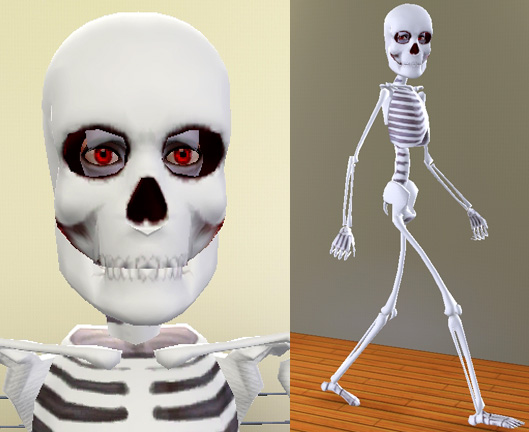 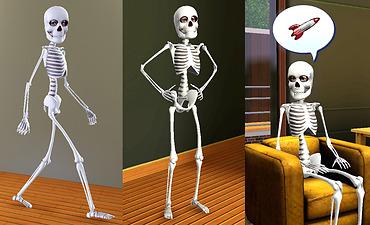 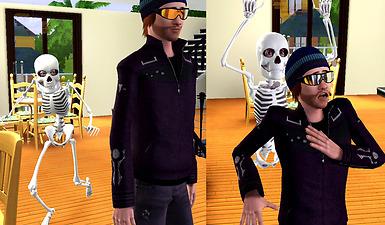 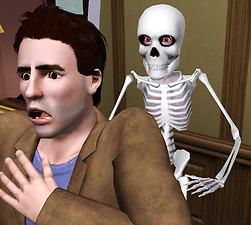 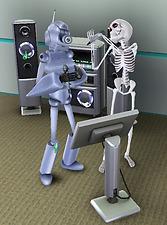 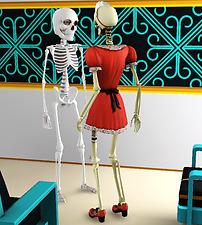 14,504 Downloads 834 Thanks  Thanks 134 Favourited 118,993 Views
Picked Upload!   This is a picked upload! It showcases some of the best talent and creativity available on MTS and in the community.

Created by Esmeralda
View Policy / About Me View all Downloads
Uploaded: 19th Mar 2010 at 8:44 PM
Updated: 6th Feb 2015 at 10:56 AM - Added a new pic
Meet Mr. Skeleto. He's a dashing and debonair skeleton-about-town. He's also a deep thinker and enjoys sitting and pondering on subjects such as rocket science. 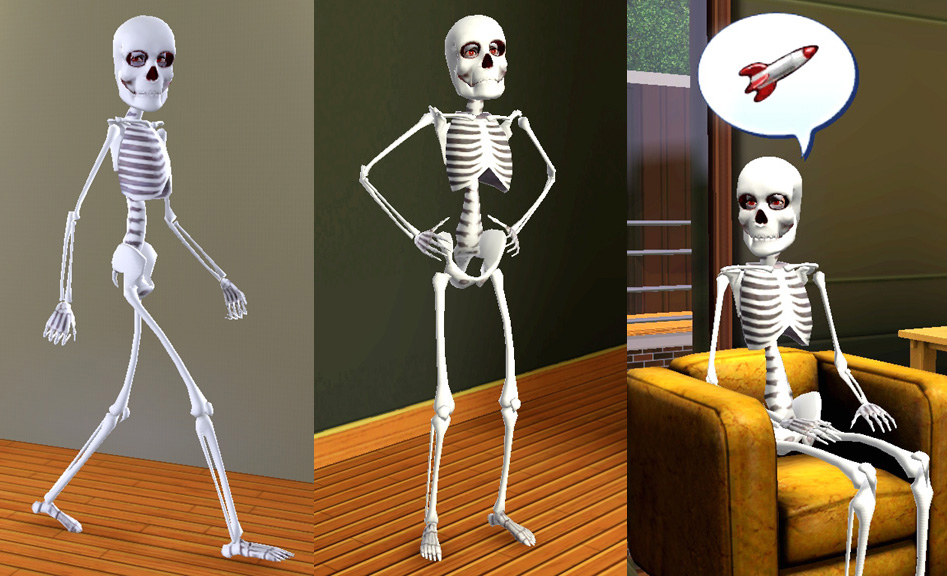 Being Artistic and Perfectionist, he's a talented artist and musician, and many gather to watch when he plays guitar so hauntingly:

However, also being Evil and a big-headed (literally) Snob, he's partial to occasional anti-social behaviour: 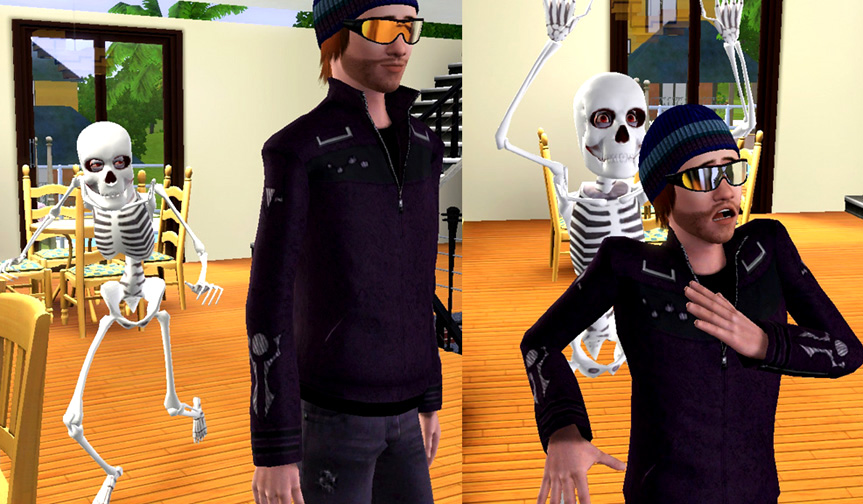 He must have the Never Nude trait so that he retains his head and body in the bath, otherwise he will turn into a very ugly human man with a skinny head and no nose. He is found in the Adult (not Young Adult) sim bin.

Update: If you have Supernatural, he can now find his true soulmate, ha ha: 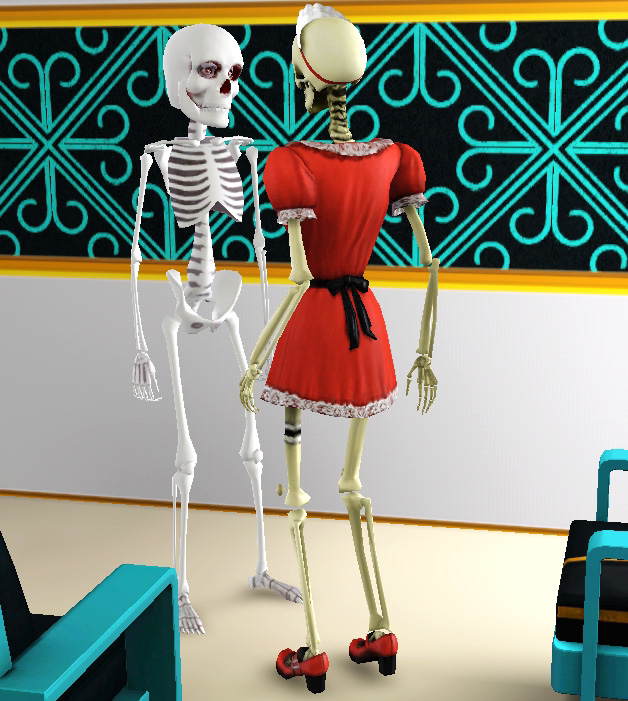 His 'head' is a Hat Hair and his 'body' is a Full Outfit, just in case he appears in CAS without them. He needs to wear 'null feet' to enable his skeleton feet rather than human ones - they are under Shoes with a thumbnail of legs with no feet. These are all enabled for Elder, so if you allow him to age up, he will become an old skeleton rather than a random old human. Under that 'head', his skin is the lightest blue and his eyes are bright red, so those are the genetics he'll add to the mix if you decide to have him reproduce!

Technical Notes: His head and body are a conversion of the skeleton mesh from The Sims 2 - the one that appears in glowing blue when your sim gets electrocuted. As is usually the case with converted Sims 2 items, they will appear in CAS with a few funky shadows and blotches on them (especially around the mouth and chin of the head) but these imperfections DO NOT appear in-game.

He needs the Never Nude trait so that he appears correctly in the bath and doesn't change into an ugly man instead. The head and body are recolourable separately, and on the head, the teeth are recolourable separately. On the body, the spaces between the ribs and backbones take on the colour of the sim's actual default skin underneath, so you can achieve a two-tone effect with the body as well. Issue: The head was originally mapped by Maxis in a weird way which I was not able to fix - if you pattern it as opposed to just colouring it, the pattern looks OK from the front, but from the side, it goes very stretched, as in the 5th thumbnail pic below.

Unzip the .zip file and you'll have one file that ends in .sim and others which end in .package. Simply copy the .sim file to your 'Saved Sims' folder which is in your Documents folder under Electronic Arts\The Sims 3\SavedSims, then copy the .package files to your Mods\Packages folder.


Thank you for looking and I hope you'll find this a fun character for your game - he's as cute as he is scary!

Additional Credits:
HUGE thanks and credits go to BloomsBase, for his extremely valuable advice on how to achieve a 'null feet' mesh, without which it would not have been possible to make this sim successfully. THANK YOU again!

And thanks to the other guys in the CAS Parts Forum for their encouragement!