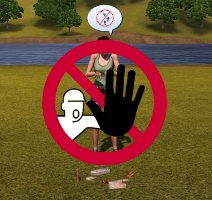 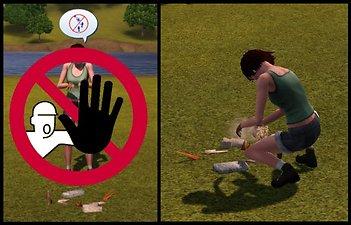 27,145 Downloads 1,906 Thanks  Thanks 222 Favourited 161,117 Views
Picked Upload!   This is a picked upload! It showcases some of the best talent and creativity available on MTS and in the community.

Heads up: I've seen quite a few reports of people having issues with the previous version of this mod and the Generations patch. If that's the case download the updated version as it doesn't seem to cause these issues. I have no idea what's going on there, as this shouldn't be possible in a world that makes sense. Something doesn't seem to be giving a damn about making sense.
2011-04-01 - Attempted to trap and silence an EAxian bug reported by remiller66 that resets sims when it occurs. Mind you, this is not an actual fix or even workaround! When this particular error occurs, the related sim hopefully still gets the excavated treasure without getting reset, but the sim's adventure journal will probably not be updated. I'm guessing here, though, because I have never seen that bug in action. If somebody has a savegame in which the error definitely occurs, I'd appreciate if they'd upload it for me. Only savegames with EAxian homeworlds, please!
2011-03-07 - Got rid of that alarm crap. The fix now works always and immediately. Well, except for the digsite(s) it never worked with to begin with.
2011-02-01 - Version header changed to current code version. No code changes were needed, thus classifying this update as facultative.
2011-01-31 - Yet another attempt to make the interaction localized.
2010-12-01 - Version header changed to current patch version. No code changes.
2010-11-11 - It was brought to my attention that the excavate interaction was still not localized. This update should finally resolve this issue. I also made the mod more aggressive, because some people stated that they had unfixed dig sites regularly. Of course they didn't tell me that, heaven forbid! Never tell the guy who can do something about it! He might ... you know ... do something about it, and that's something we cannot allow, right?
2010-10-27 - Updated to game version 1.17/2.12/3.8/4.5/5.2/6.0. Update is mandatory. The patch changed the EAxian Excavate interactions, although it doesn't look like they actually fixed stuff. Feedback on this issue is appreciated.
2010-09-07 - Updated version header to game version 1.15/2.10/3.6/4.3/5.0. No code changes were necessary.
2010-08-08 - Added an Activate/Deactivate interaction. Activate the testing cheats and click on the ground to find it. It's in the 2BTech submenu.
Update 2010-07-23 - I'm pretty sure I forgot to switch off the debugging stuff in the last update. If you have two excavate interactions, one named "Excavate Test", please update. The localization stuff is hurting my head with this one. The original interaction uses an obscure method to construct the localization key and I can't really figure it out. I even looked through the whole stbl resource to find it. Twice. I think I broke a brain cell. It's either localized now or it's not. I quit.
Update 2010-07-20 - Hopefully, the interaction name is localized now. As it should have been the whole time.
Update 2010-07-15/2 - Third time is the charm. Seems like the excavation sites get destroyed and respawned on a regular basis. This version looks for new excavation sites every hour. If you happen to encounter a site that isn't already taken care of and don't want to wait, enable the testing cheats, click on the ground and choose 2BTech->Fix All Excavation Sites. That should handle it. BTW: It seems that the workaround doesn't work for every excavation site. I found a resistant one in Egypt, the only one out of ~30 I tested, but there might be more.
Update 2010-07-15/2 - Squished a bug. The initial version would fail to correctly replace the excavate interaction if you load a savegame in your sims' homeworld and transition to the vacation world from there.
Update 2010-07-15 - Just a minor change: I you activate the testing cheats, the interaction will be named "Excavate - 2BTech Version". If this fix doesn't work for you, please activate the testing cheats first and check the interaction name. If it doesn't say the "2BTech Version" stuff, then this fix simply wasn't loaded and therefore obviously cannot work.

scope
This mod replaces the excavate interaction with a custom interaction. Said custom interaction traps errors that may occur when treasure is added to sims' inventory. If such an error occurs, the affected sim should still get the treasure without being reset. The sim's journal won't be updated, though.

usage
Just put it in your mods folder. This mod will snap right in, and you won't notice any differences except that the excavate interaction should work now. There are no testing or debugging interactions this time. Well, actually there are, but they're deactivated and the switch is hardcoded. 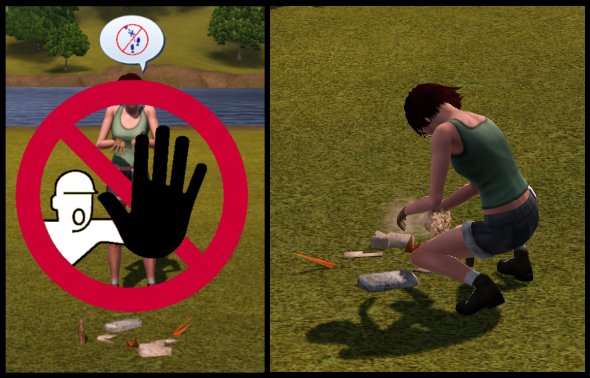 translation
Not needed as I only used the original localized strings.

possible conflicts
Other non-core mods that replace the excavate interaction will tangle with this mod, i.e. whichever mod replaces the interaction last will be functional. This will never cause any issues beyond non-functionality.

deinstallation
Before you remove this mod, please make sure that no sim is currently using the excavate interaction.

disclaimer
Might lead to a serious case of squished brain. Your game should be safe, though.
Other Information