Jughead Jones of "The Archies" 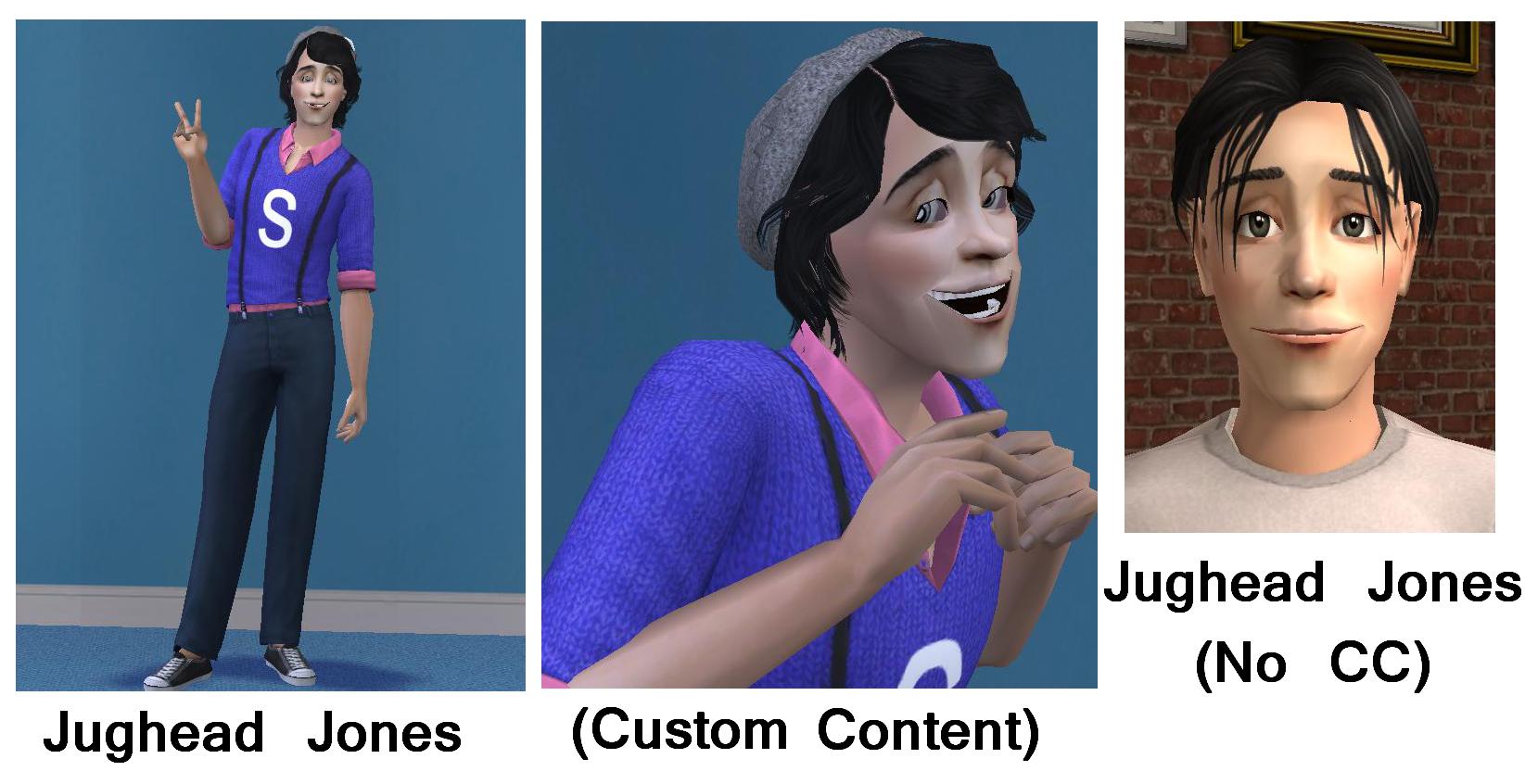 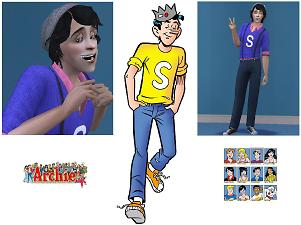 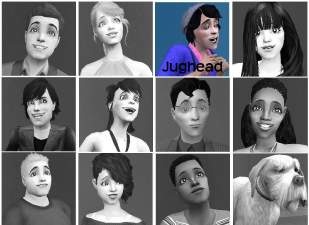 Jughead Jones is a Teen Sim "Jughead Jones real name is Forsythe Pendleton Jones lll, although he is often referred to as Jug, Juggy, or mainly Jughead. His character is known for his trademark sweatshirt with a letter S on the front and his beanie hat. Jughead's first appearance was in Pep Comics in 1941. He is often depicted lying about and relaxing or eating. He has shown little to no interest in girls, often saying “I find food to be a better companion.” Even though he demonstrates unhealthy eating habits, his athleticism has been proved. Often times he is seen running from Ethel or racing to the front of the lunch line. He has been asked to join various sports teams at the high school he attends, Riverdale High, but has not been able to stick to the sport. He lives in the fictional town of Riverdale with his family which includes his father Forsythe Pendleton Jones Jr., his mother, Gladys Jones, and his sister, Jellybean Jones.
Jughead, despite his outward demeanor, is also very intelligent. He is second in intelligence to Dilton and is often shown outsmarting and tricking Reggie Mantle. Often during the toughest of times, he speaks out fixing the situation with a few simple words. At school he tends to stay out of trouble, but he frustrates the teachers with his nonchalant attitude. They find it odd that he does well in school without putting in any type of serious effort. For example in one story, Jughead sleeps lying against the wall five minutes against the wall while other students such as Archie, Veronica were still cramming for the test. However, after an hour, he was seen strolling out of the test room. In the end, he managed to score the highest in the entire class." (Comic Vine) Side Note: I have created the "base gang" of the Archies. Also, I have constructed a hand-painted set of eyes made specifically for these characters which give them that wide-eyed look.

Additional Credits:
Thanks to the creators whose custom content I used for Jughead Jones.
Also, though I use Lilith's Peachy Skintone Defaults and JesstheEx's Hand Out and Punch Up default eyes, if you do not have these defaults in your game already, they will not appear. Your "no CC" sims will either appear with whatever defaults you are currently using, or with the Sims/Maxis original skintones and eyes.

Description: Jughead Jones of "The Archies".

Description: Jughead Jones of "The Archies".