Reggie Mantle of "The Archies" 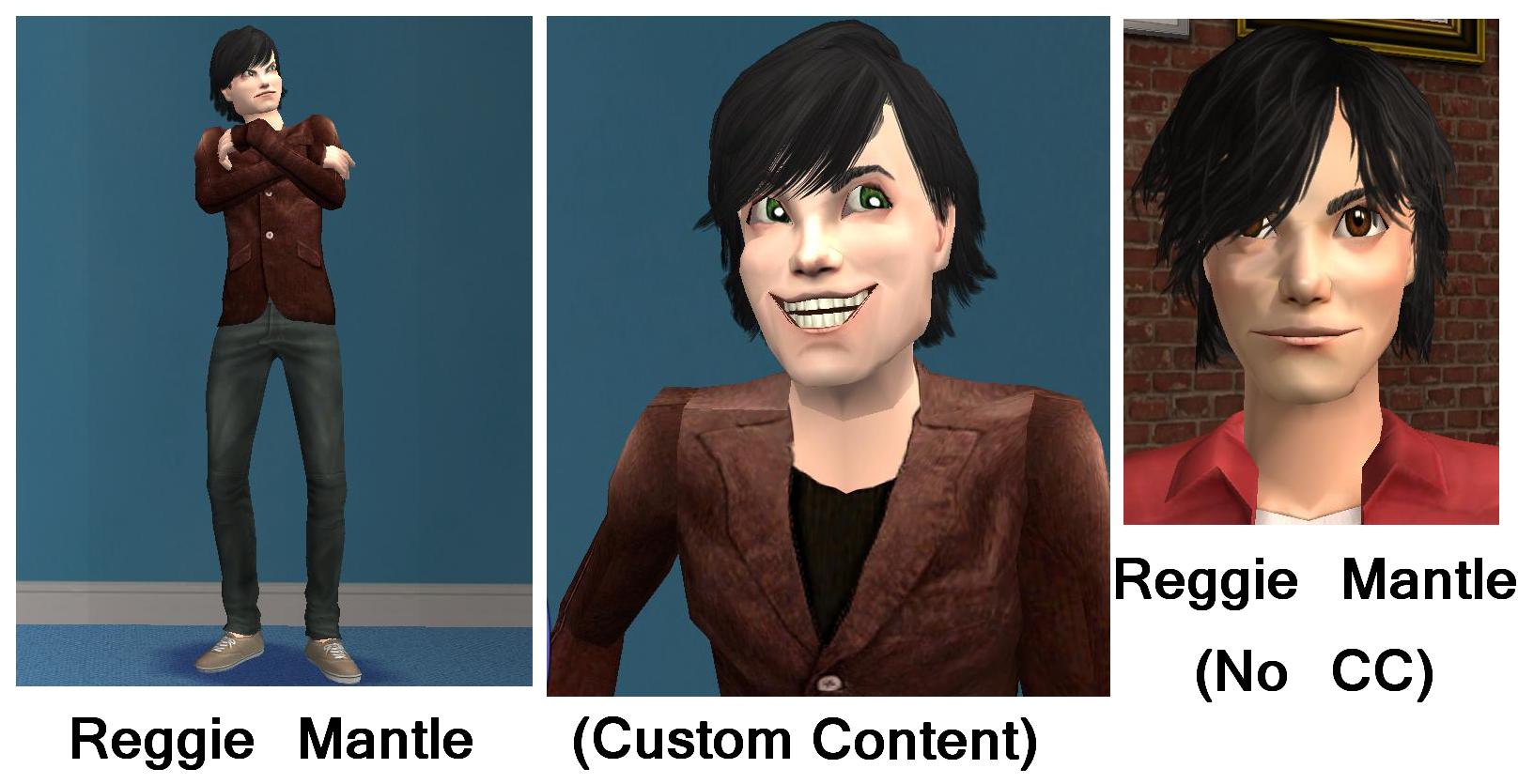 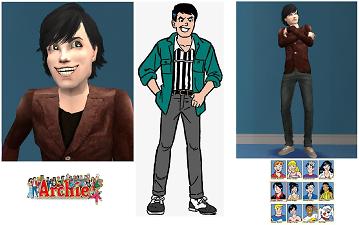 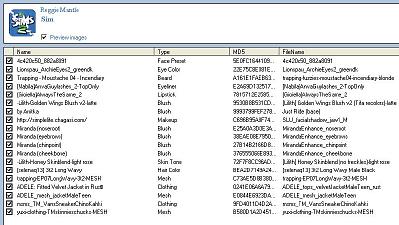 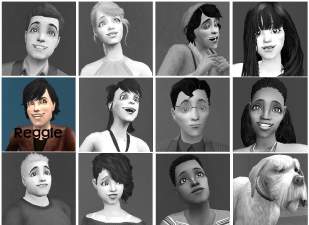 Reggie Mantle is a Teen Sim "Reggie comes from a medium-rich family. He isn't as wealthy as resident heiress Veronica Lodge, but he always has the latest electronics. Reggie's father works for a newspaper printing company, where he is the boss. Reggie sometimes uses his dad's job to influence others to get what he wants. Reggie's dad looks a lot like him, except his hair is graying and he is balding. Reggie's mother is very rarely shown in any of the Archie comics. In of her appearances, she is depicted as a slightly overweight, dark-haired woman who is very nice, contrasting with her son's personality. Reggie is an only child, but he has several cousins, including a very petite little girl named Marcy, and a wise-cracker named Regina.

Reggie is a typical bully-type. He loves playing pranks on everyone around him. Most of his antics are typically harmless, but immature. Reggie has a number of gadgets and toys that he usually brings around, like a fake ice cube with a bug in it, a rubber hand, and some pepper-flavoured candy. In one issue it was revealed that Reggie was Riverdale Prank Store's biggest customer, and that he personally knew the owner. Reggie keeps a calendar marked with dates that he pulled particularly amazing jokes on people. However, not all of his pranks go the way they're planned to. In many stories, they backfire, and Reggie's the one who ends up getting tricked!

He enjoys making fun of his nemesis, kind Archie Andrews. Tripping up Archie was once declared his favorite hobby. In truth, he's jealous of Archie because he's dating Veronica, who Reggie has a slight crush on. In some issues, Archie even seems to be better at sports than he is, adding to the jealousy. Reggie denies this whenever Archie points it out, though. Reggie's other victims include Dilton Doiley who is Riverdale's resident boy genius, Jughead Jones who is Archie's best buddy, and sometimes even Moose Mason, a big bodybuilder who isn't very smart. Sometimes Reggie even goes as far as to try to pull one over the teachers at Riverdale High, Ms. Grundy, Mr. Flutesnoot, and Mr. Weatherbee. In one story, Reggie placed a fake recording in Mr. Weatherbee's office that makes meowing noises. Thinking it was a cat, Mr. Weatherbee looked for it all afternoon.

Reggie is also somewhat of a player. He has dated girls that range from baseball players to local models. However, none of these girls last very long with him. His status is still single, and he likes it that way, although sometimes he'll long for a girl just because she has "forbidden fruit" appeal.

Reggie has a super ego that could sometimes be described as the size of a continent. He thinks he is God's gift to women, and he doesn't hide it. His bragging can be a turn-off for many people, though. He doesn't seem to realize it. Sometimes he'll go off talking about himself, and it'll be hours before he even realizes that they've stopped listening to him! Most of what he brags about are great accomplishments he's made in sports teams. Reggie's ego also forces him to carry around a comb and a pocket mirror at all times, in case the wind messes his hair up. Also, he is often shown combing his hair and staring at himself in the mirror. He once held a record in Jughead's "`Riverdale Records" book for the most hours spend staring at himself in the mirror (8). He is the only Archie character to have gone through many different hairstyles, keeping up with what was popular at the time that the comic was written. Reggie's nickname for himself is "Mantle the Magnificent", while others call him "Mr. Ego".

Reg is on many sports teams featured in his high school of Riverdale. He has been in track, volleyball, tennis, basketball, football, soccer, and basketball, among many. Once he lost a dare and had been forced to join the cheerleading team. He has been shown to be proficient in sports and has set many school sports records. In some issues, he is portrayed as being the best player in the team. Reggie takes much pride in the fact that he's one of Riverdale's best athletes, and he doesn't let people forget it.

Despite everything, Reg has a softer, kinda side. This was demonstrated when he was caught by Betty reading to an old woman named Mrs. Finklehoff in a senior's residence. Reggie made Betty swear never to tell anyone, and said that he preferred it if he could keep the "bad guy" attitude he worked so hard to get. Also, in one issue, when a boy was crying during Christmas, he proceeded to buy him a teddy bear despite being shown to be disgruntled." (Comic Vine) A side note: I have created the base gang of "The Archies". Also I have constructed a set of hand-painted eyes specifically for these sims to give them that wide-eyed look.

Additional Credits:
I would like to thank the creators of the custom content I used for Reggie Mantle.
Also, though I use Lilith's Peachy Skintone Defaults and JesstheEx's Hand Out and Punch Up default eyes, if you do not have these defaults in your game already, they will not appear. Your "no CC" sims will either appear with whatever defaults you are currently using, or with the Sims/Maxis original skintones and eyes.

Description: Reggie Mantle of "The Archies".

Description: Reggie Mantle of "The Archies".