Midge Klump of "The Archies" 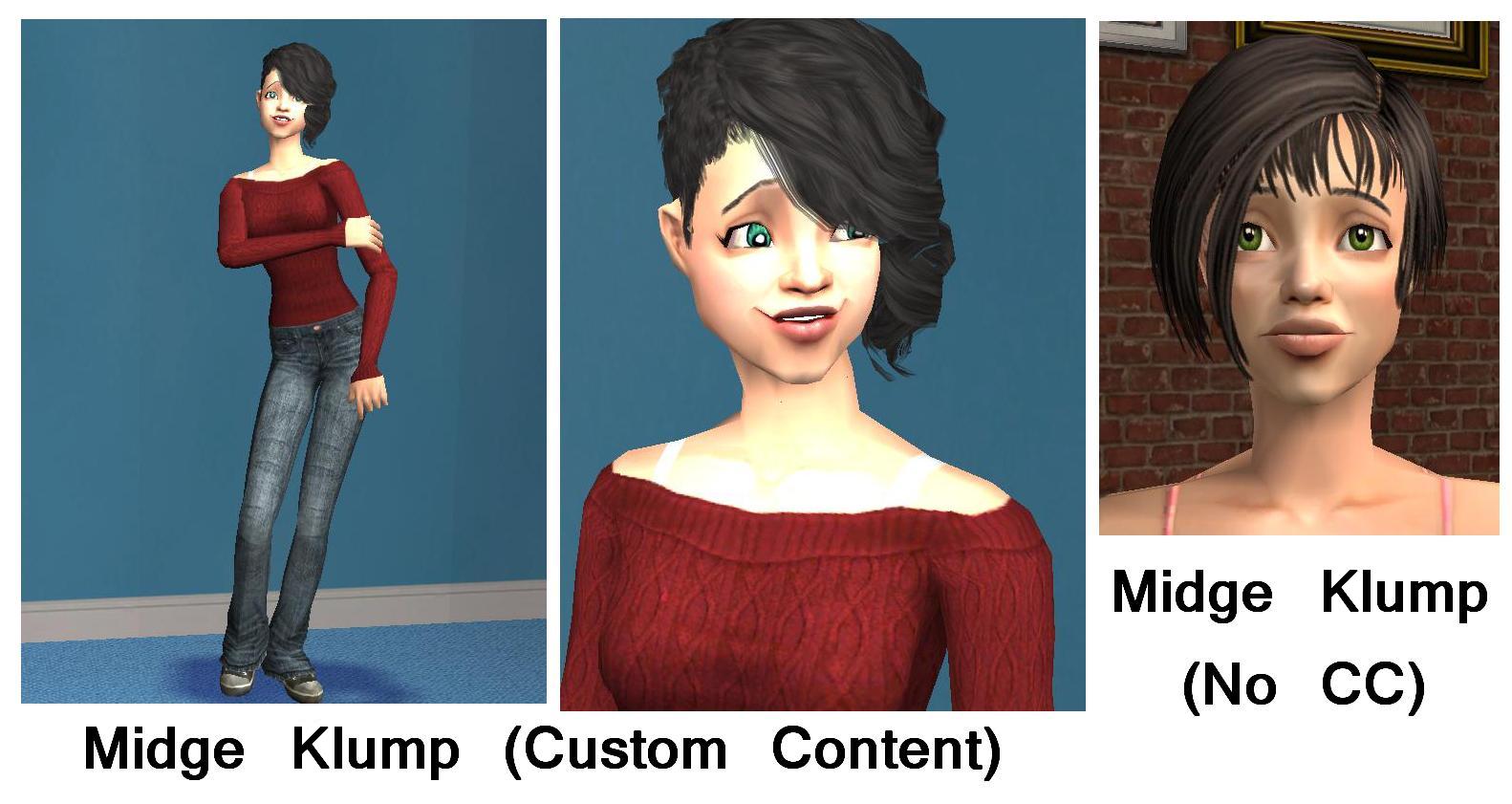 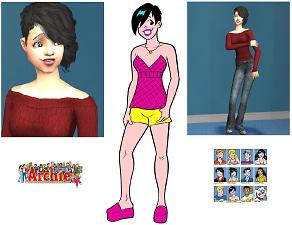 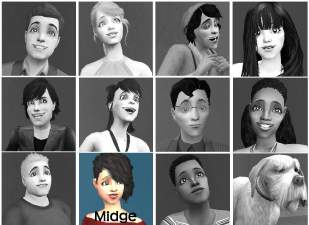 Midge Klump is a Teen Sim "Midge Klump, sometimes spelled "Clump". She's one of the few characters in the Archie universe who has never had their own series before. She appears regularly in all of the Archie comics.

Midge seems to be just a "girl sidekick" for her boyfriend, Moose Mason. She rarely has any stories that center around her, and her only. In issues, she almost always appears with Moose, whether just going around the streets, or at a dance. Moose is her steady boyfriend.

Midge is a nice, smart girl. But you shouldn't be fooled by her seemingly innocent appearance. Sometimes if a guy is bothering her, she will purposely lure him to Moose, who almost always beats them up out of jealousy. Midge is a loyal friend. She is also said to be a very good student. She's on many of the school teams, volleyball being her best sport. Her dream is to become a stunt woman.

Midge is very emotional sometimes. Her parents divorcing made her angry and upset at everyone around her. She's also a die-hard romantic, and loves old movies. In one issue, Midge forced Moose to dress up as Rhett Butler to her Scarlett O'Hara for a costume party. She always insists that he takes her to all the "couple's spots" around Riverdale. Once she asked him to say "sweet things" to her. Alas, Moose just compared the redness of her lips to the zeros he gets on his homework papers!

Despite everything, Midge hangs out mostly with Moose. Moose is a bodybuilder, and is six foot two and very strongly built. Most of Midge's and Moose's stories center around Midge talking to other guys. Moose gets angry and punches said guy out. Oddly enough, Midge almost never tries to stop him. Instead, she just stands around, and walks off with Moose afterwords, leaving the other guy lying in a heap on the floor. It was revealed that Midge and Moose have been dating since junior high, and in some stories Moose is shown to have had a crush on her even when they were in grammar school. Midge loves her boyfriend very much, but sometimes he isn't very bright, leaving her frustrated at having to explain everything to him. Once she had to show him why the mailman was delivering "Mr. Occupant's" mail to his house. Yet another time, when Moose had amnesia, he could remember everything but her, making her very angry.

Sometimes, Midge gets tired of Moose, and will try to date other guys. This doesn't work, mainly because she always misses "that big oaf", as she calls him. They always get together at the end of the story.

Within the gang, perhaps Midge's most interesting relationship is with Reggie Mantle. Reggie, or just "Reg", is Riverdale's resident prankster. He's mean, nasty, and sometimes even cruel to everyone around him. He also has an extremely large ego, and always carries around a pocket mirror and a comb. Reggie likes playing the field, dating girls here and there. However, he has often shown a softer side towards Midge, flirting with her and calling her "beautiful". And sometimes, Midge seems to like it a lot. This, of course, makes Moose furious. The Midge-Reggie-Moose love triangle plot is mainly Reggie trying to date Midge without Moose finding out. This rarely goes the way Reggie planned." (Comic Vine) A side note: I have created the base gang of the Archies. I have also constructed a hand-painted set of eyes made specifically for these sims to give them that wide-eyed look.

Additional Credits:
Thanks to all the people whose creations helped to make Midge Klump.
Also, though I use Lilith's Peachy Skintone Defaults and JesstheEx's Hand Out and Punch Up default eyes, if you do not have these defaults in your game already, they will not appear. Your "no CC" sims will either appear with whatever defaults you are currently using, or with the Sims/Maxis original skintones and eyes.

Description: Midge Clump of "The Archies".

Description: Midge Clump of "The Archies".