Ethel Muggs of "The Archies" 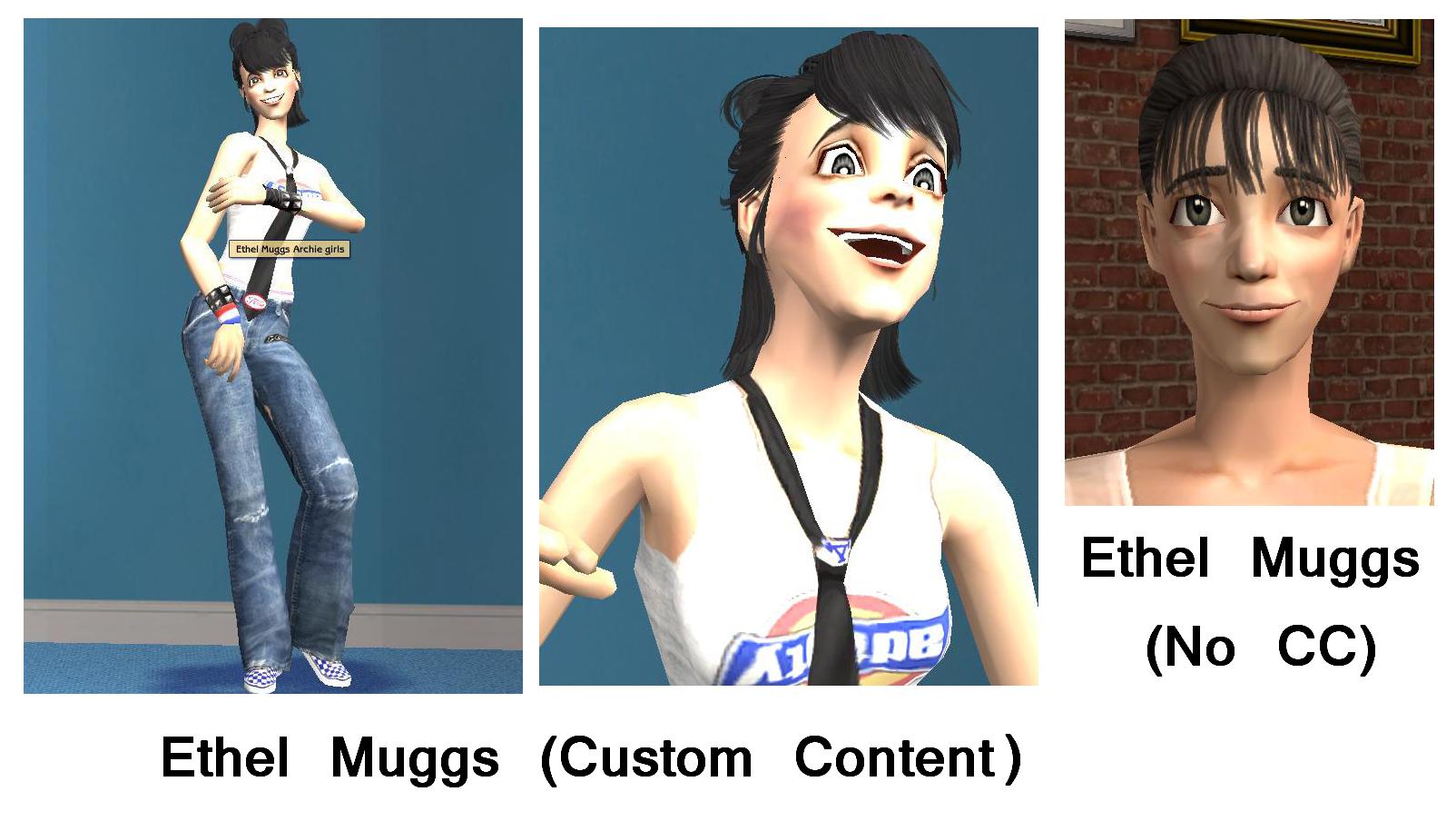 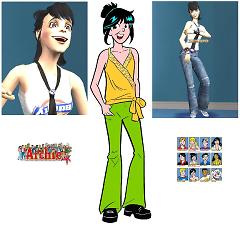 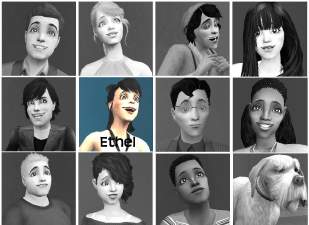 Ethel Muggs is a Teen Sim "...Ethel was as unusually strong and agile. She soon became infatuated with Jughead Jones. The object of her affections would run while Ethel pursued. Over the years Ethel has developed into a more sympathetic character and a somewhat more appealing one appearance-wise.

The modern Ethel is a rather plain-looking but athletic, smart and funny girl. She still tries to win over Jughead but storylines also feature her mostly friendly interactions with Jughead himself, Betty Cooper, Veronica Lodge, etc. Jughead does get jealous when other boys turn their attentions to her. In the early 1990s, Ethel gained a second love-interest in Jeffrey. Jeffrey was a blind teenager and a bit of a peacock but appreciated her company. At the time Jughead was involved with Anita, a paralyzed African American genius but still got jealous. Jeffrey and Anita were eventually written out and the storyline was dropped. Side note: I have created the base gang for the Archies. Also I have constructed a hand-painted set of eyes made specifically for these sims to give them that wide-eyed look.

Additional Credits:
Thank you to the creators of the custom content I used for Ethel Muggs.
Also, though I use Lilith's Peachy Skintone Defaults and JesstheEx's Hand Out and Punch Up default eyes, if you do not have these defaults in your game already, they will not appear. Your "no CC" sims will either appear with whatever defaults you are currently using, or with the Sims/Maxis original skintones and eyes.

Description: Ethel Muggs of "The Archies".

Description: Ethel Muggs of "The Archies".