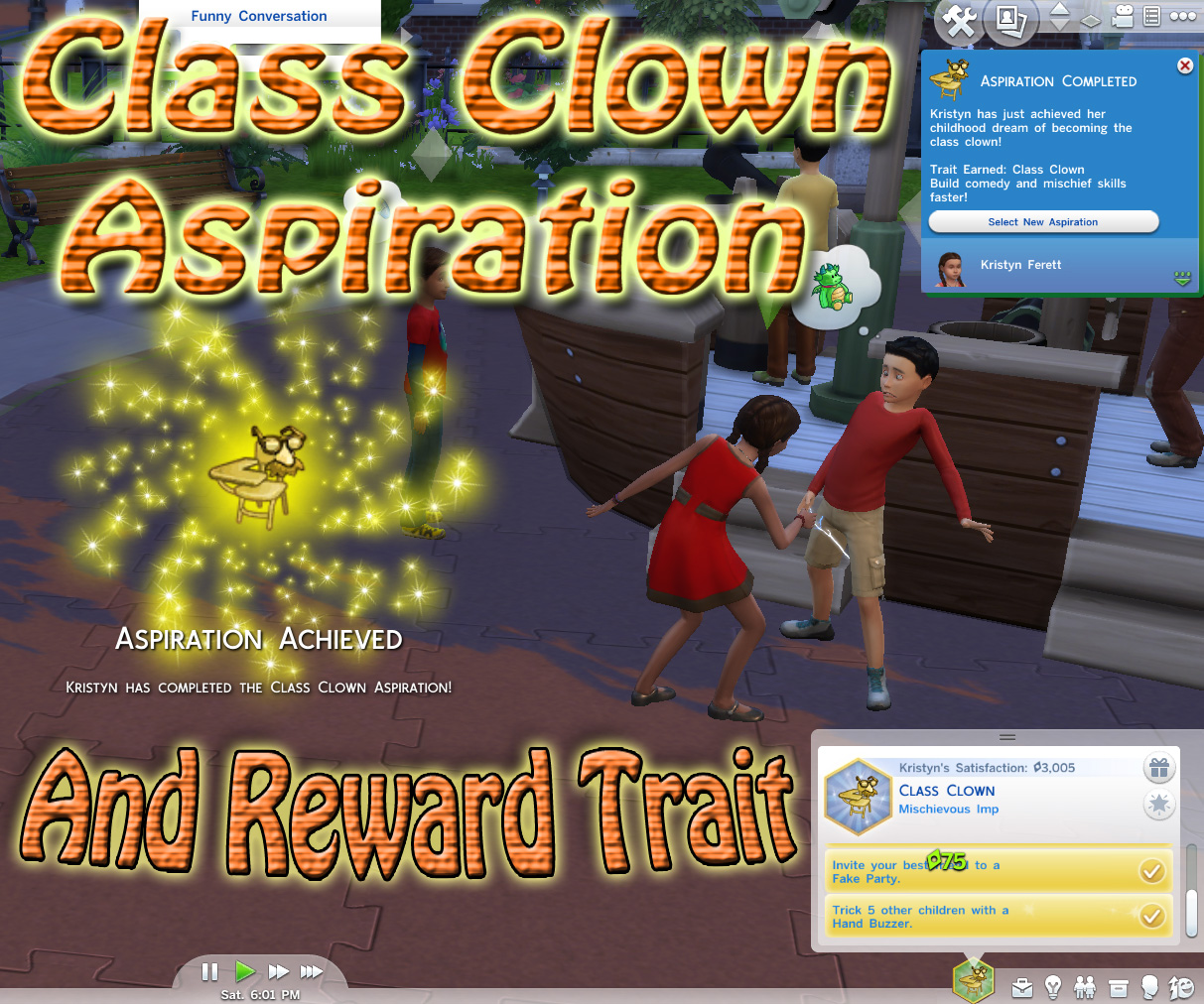 88,264 Downloads 846 Thanks  Thanks 304 Favourited 128,755 Views
Picked Upload!   This is a picked upload! It showcases some of the best talent and creativity available on MTS and in the community.

I thought I'd do something a bit different for my 30th TS4 mod, instead of a utility, or script mod, or fixing what I perceive to be as mistakes in the game. This turned out to be more work than I anticipated, especially testing and getting things to work the way they should. The result is a new aspiration and bonus reward trait for children.

The new aspiration can be found under the "social" category for children.

Translations are currently in English only because I was a class clown myself and never bothered to learn another language. Translations for other languages will be gladly included in future updates, just send me a string table that I can merge into the package.

Just extract the package file from the downloaded zip file to your Mods folder as usual.

This mod consists of entirely new XML additions to the game and should not conflict with any other mods.

Download and install only one version of the mod depending on what version your game is patched to.