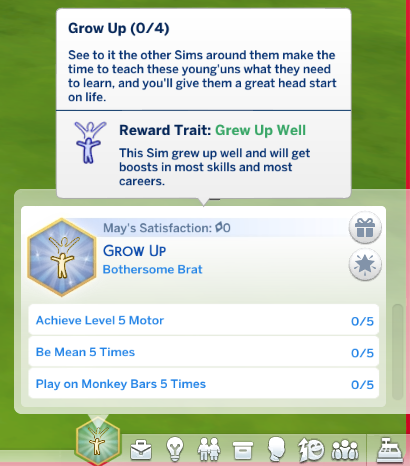 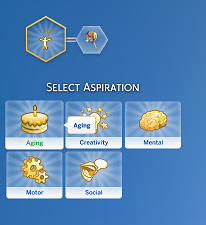 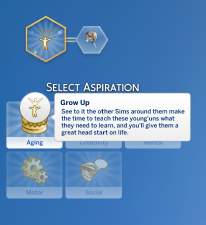 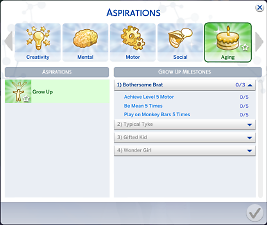 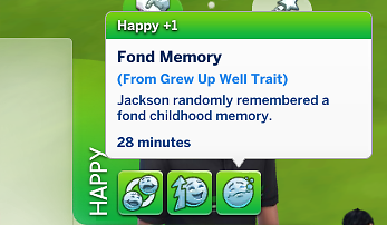 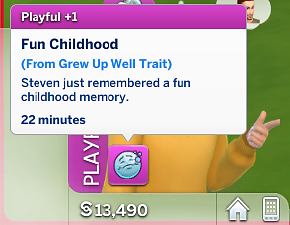 The aspiration will give your child whims; though none of them are new whims. Basic things, like Read Something, Level up a skill, Play with Toys, etc.

With this trait Sims get boosts in every career. Except Criminal, if you grew up so well, why turn to a life of crime? These sims actually do a poorer job in the career than other sims.

They also will get boosts all skills. Except Mischief, they do a little worst in it, just a little.

If they're still in Grade School, be prepared for some big grade improvements! And High School won't be too hard for them either. Also, Child Skills are a piece of cake now.

Need more information?
Back to download view
43 Comments / Replies (Who?)