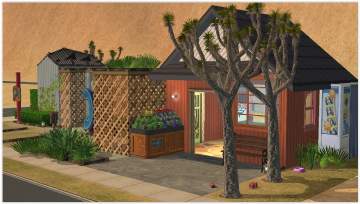 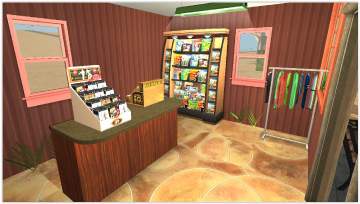 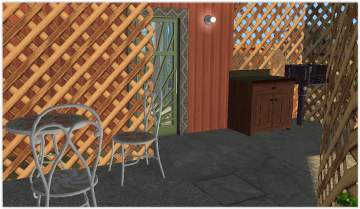 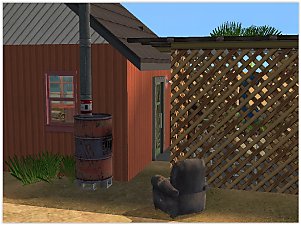 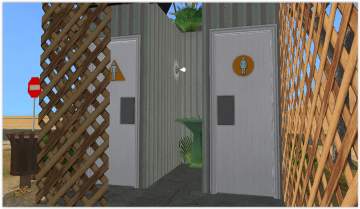 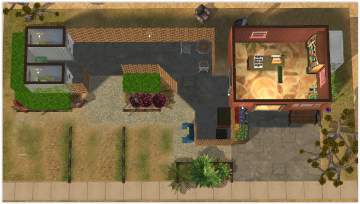 41 Thanks  Thanks     9 Favourited
This is a rebuild of a lot I made back in 2007 for Ellatrue's Poverty Challenge. That lot was made when I only had the base game, and it became problematic once Seasons was released. I could never figure out what was wrong with it, and eventually gave it up as a bad job, thereby depriving other players of the chance to use it - and Ellatrue only ever approved a handful of 'official' lots for the challenge.

This situation has vaguely bugged me for over a decade, but today I decided to tackle it again. With many more years of experience with the game and with creating, I was able to fix the original lot - it just had some faulty CC which was not updated for EPs. Quite easy really!

However, I decided to build an new version anyway, for my UC game, and here it is!

"Previous owners hoped to make this lot into a boutique nursery cafe, but it turned out they were just too far from the highway, and the parking lot was always empty. Their snazzy lattice enclosure is looking rather the worse for wear, with holes in the roofing. Most of the tables have gone. The garden is overgrown, and is starting to encroach upon the buildings.
The current incumbent sells a few things in the stall, but spends nothing on renovations. Maybe a lick of paint or a few nails wouldn't go astray?" The original lot had groceries, a BBQ and some toilets, plus lots of trashy CC. The new version, still in line with the challenge requirements, also includes a few fun items such as a dartboard, a couple of toys and a photobooth. There are no energy-, skill- or money-making fixtures.

The shop now sells a bit of everything, with produce stands, games, cheap clothes and magazines. There is an old incinerator out the back, with an easychair conveniently placed. There are a few parking spots out the front. The little tin shed still holds public conveniences, although the roof is sagging. The lattice walk is exposed to the seasons, but the toilet cubicles and the shop are weatherproof. The roof of the toilet block was made with the CFE cheat, and therefore will sometimes show jagged bits - you can see that in one of the pictures. It doesn't affect play.

Additional Credits:
Credit for V1ND1CARE's tutorial on wall-height adjustment, which makes the loos weatherproof while keeping the custom roof.

Thanks to Mootilda, for the LotAdjuster and other great tools.

And to Ellatrue's original Poverty Challenge, which inspired me to make this - twice!
http://modthesims.info/showthread.p...ghlight=poverty