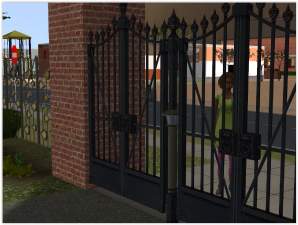 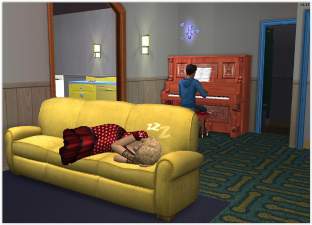 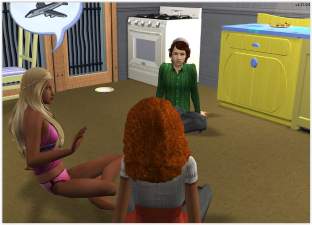 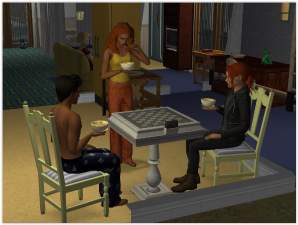 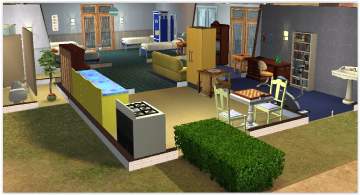 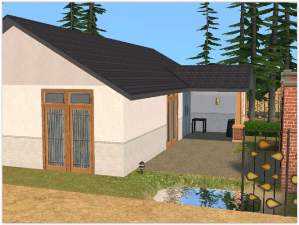 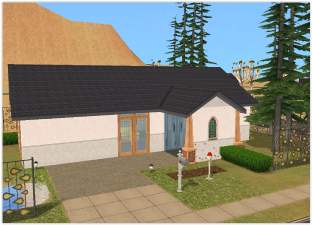 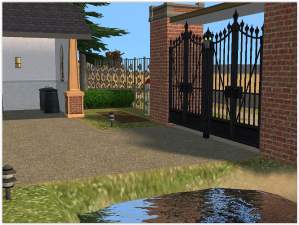 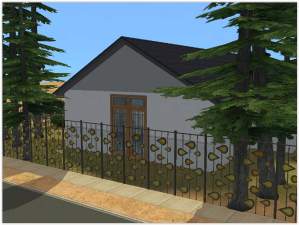 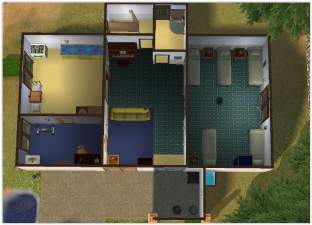 22 Thanks  Thanks     6 Favourited
"Bedlam House was designed as protected housing for a handful of sims, but budget cuts and rising demand mean that twice that many sims are now expected to live here. Within the secure grounds, a gravel apron leads to the porch. Double doors lead straight into the day-room. To one side is the dormitory, while on the other side there is an office for the house manager, not that we ever see them these days! At the back is a spacious kitchen, with bathrooms tucked onto the end of the dayroom.

The building is low-set, with easy-maintenance gardens and peaceful white finishes. Interior colours and fittings were chosen for both aesthetics and cheerfulness. We don't want Bedlam to feel like a prison! However, security windows have been fitted to reduce breakages and harm to the inmates. Residents, yes. Ahem.

Each room has two exits in case of emergency, which is just as well, given that the fire systems broke down and have not been replaced.

We want you to feel at home at Bedlam, so get to know the other residents and soon you'll be feeling better! We can even arrange gate-passes for anyone who lands a job in the real world." This lot was built for Scout's Asylum Challenge. The challenge was originally written for basegame, and things have changed a bit since then! I have tried to stay true to the received rules, while allowing for EP features. Bedlam house should be ready for your sims to move straight in and start the challenge.

Built with the UC. A copy of the lot has been play-tested (you can see some of my test sims hard at work). Part of the challenge is that you can't buy any functional objects after starting, except to replace stolen, repossessed or burnt items. You can still buy decorative pieces if you like.

Some players buy multiple stoves, fridges etc where that was not specifically prohibited, but I prefer to just have one of each. You are also allowed to have more fire-prone appliances if you like, such as toaster ovens.

No alarms, no computer, no reward objects. No entertainment items, beyond the TV and two toys.

I have included a small pond, fishable by only two sims at once, and three vegie plots. Gardening is good for your mental health! There is a pottery station as well, in case you get the urge or need some extra income.

Most of the yard is blocked off by hedges, so your sims don't wander too far. As per the rules, all furnishings are indoors - I included the porch where there is a compost bin and a small table.

The lot includes careful terrain painting and some stands of pine trees, but no excess flora for your suffering sim to look after. There is a single pool square hidden in one corner - this is to enable Voeille's water mod, for those who use it.

The security fence is missing along one side - this is the angle I find best to play from, and the fence gets in the way. You still 'feel' the fence during play, as it is always visible along the front of the lot.

If you play with mods, be aware that some will impact this challenge. You may need to remove them or adjust your play. For instance, TJ's Smartbeds makes sims remember which bed they usually use, rather than picking a random one. It also has the effect that sims just moved in will not use any bed, because none has been assigned to them. I fixed this by sending my crazies to a bed once each, staggered through the first night. After that, they managed the hotbunking themselves.

Starting funds for CAS sims used to be $20,000 regardless of how many were in the household, but that was changed along the way. Now, if you create your 8 asylum sims together, they will have $55,000 to move in with. With this in mind, Bedlam House costs most of that money. After moving in, you should manually reduce your household funds to $100, as was expected in the old days if more than 20,000 had been used to build the asylum.

Thanks to Scout for creating a challenge that is still being enjoyed many years later! If you're not familiar with it, you probably want to check that thread for tips, too.