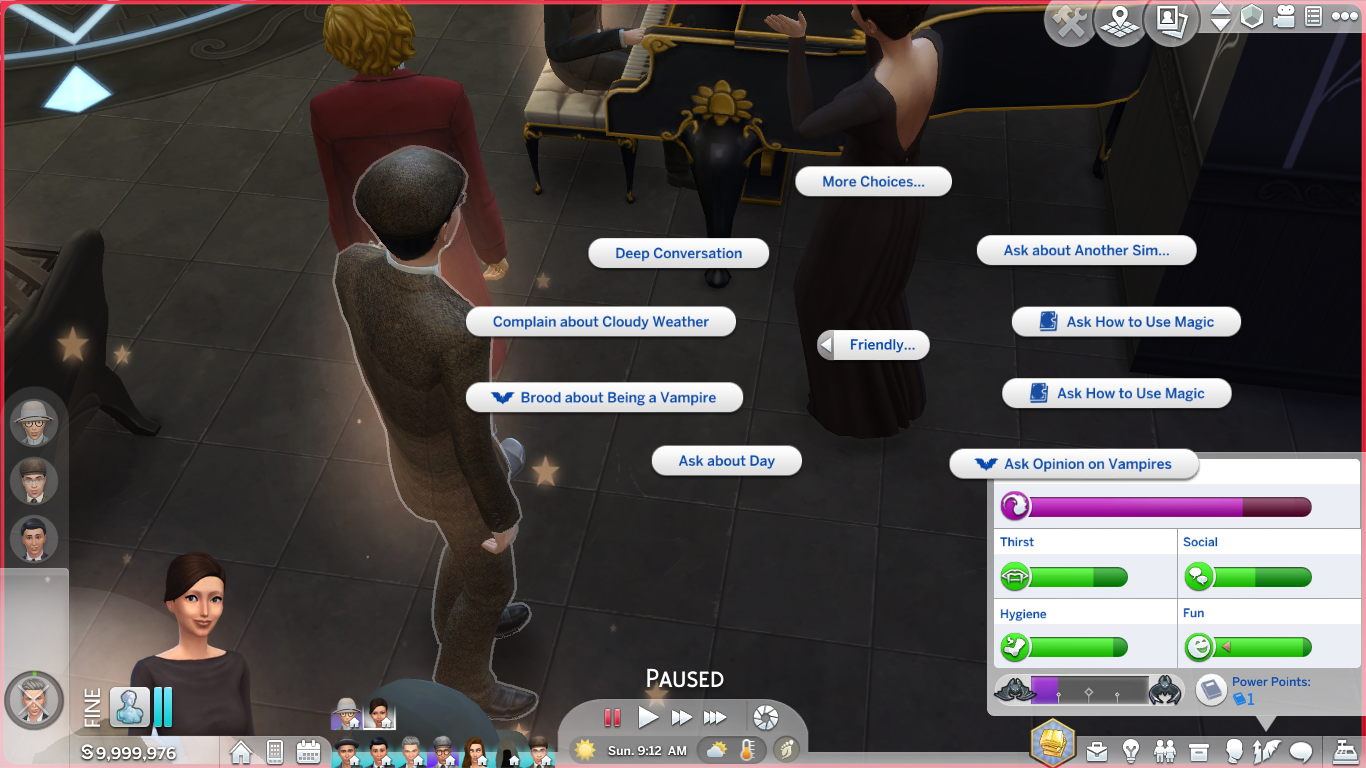 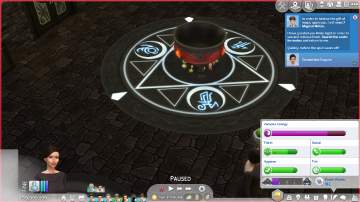 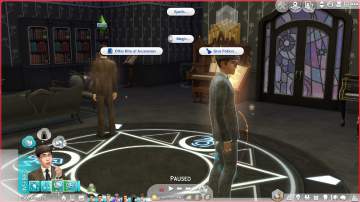 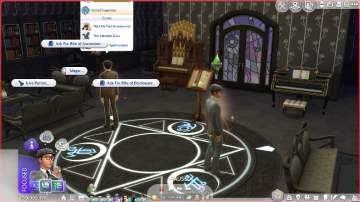 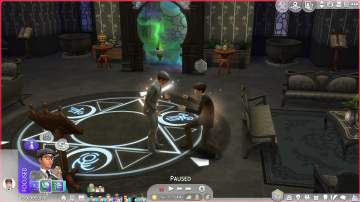 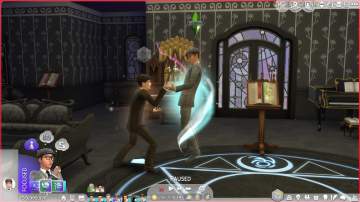 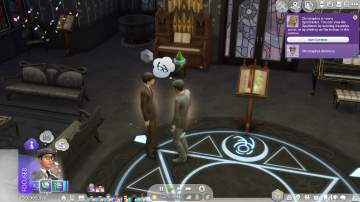 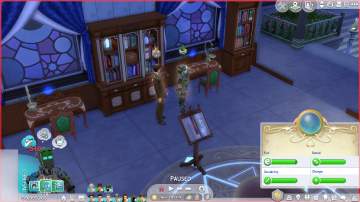 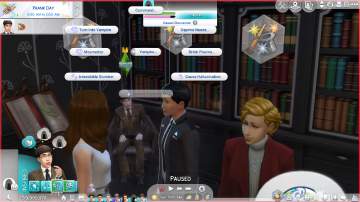 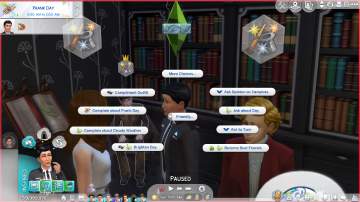 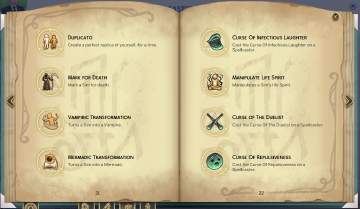 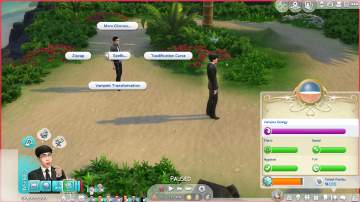 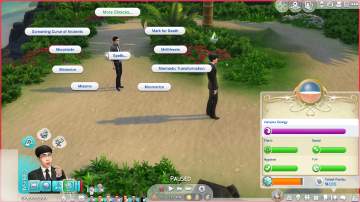 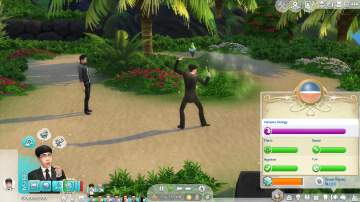 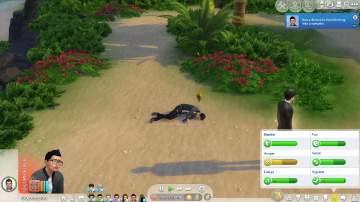 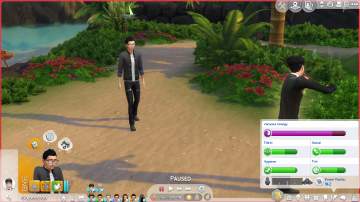 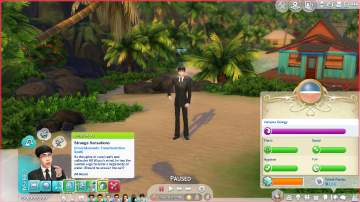 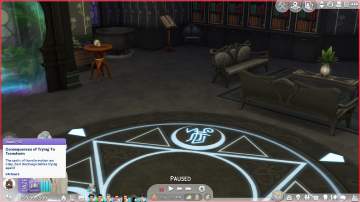 Newer versions of the Transformation Spells can be found at the Sage of Mastery Magic mod: https://modthesims.info/d/646200/sa...er-alchemy.html

Any mentions of the Spells will be removed from Version 1.4.

This minor update fixes an issue with Sims appearing in Secondary Form for a occult when supposed to be in Human Form or in another Secondary Form. (Caused by set_pending_occult_types in OccultTracker)

This update adds some fixes to make Werewolf Hybrids stable:
UPDATE 3.6: Added new package that allows Aliens to have magic bloodlines
UPDATE 3.5: Accidentally broke the Rite of Ascension to work with Hybrids. Fixed. Thanks Malcolm Landgrabb for rooting to the issue.
UPDATE 3: Finally figured out the issue regarding why Vampires can't turn other occult sims, so now Ask To Turn and Offer to Turn is now unlocked. Servos can now be a Vampire from regular methods. Also more tunings have been overridden to allow some interactions to be hidden like Ask for Rite of Ascension for Spellcasters.
UPDATE 2: Fixed Instant Vampiric Transformation Spell Action Tuning - Forgot to change to the correct spell to unlock. Thanks Sages of Mastery Magic for repetitive teaching of the Vampiric Transformation Spell.
UPDATE 1: Added Missing Stringtables for other languages and Added new spell for Addon

Warning: The usage of Hybrids may lead to deletion of Secondary Form, Missing Perks Option and Weirded Out Needs Panel. You were warned.

If you are using Zero's Immersive Vampires Mod, you MUST download the Override (Not in All in One) and place it in the Overrides folder (C:\Users\~\Documents\Electronic Arts\The Sims 4\Mods\Overrides)

This mod allows the following through Normal Means:
And vice versa.

Sims that are in the process of transforming into a Vampire or Mermaid cannot ask to turn or be offered to turn (Not changed) or be casted upon using the 3 spells (Addon Only).

Aliens and Mermaids cannot become a Vampire without the Addon. Read Conflicts and Issues below.

Zer0's Vampire Witches Mod will Partially Conflict with this mod. Read Conflicts and Issues below for Workaround.

Servos will not become mermaids , simply for the reason that they are bots. The best alternative they can do is to be a spellcaster. It is to be noted that Servo-Spellcasters cannot access their perks panel due to the Humanoid Occult (Servo) coming after Spellcasters. Iced Cream has made a mod that allows perks to be accessed by the motive panel. Link found above.

Conflicts & Issues (Very likely outdated and I have to check em again or smth):

This mod conflicts any mod that changes the following tunings listed at the bottom.

[Workaround] Mermaids can turn themselves back into regular Sims by eating 2 Kelps and then turning themselves into Vampires (1.5 days) and once transformed, eat a kelp and walk into water to turn into a Mermaid.

Aliens, No sadly, you will have to use console to do so.

At least one of this Sim's parents had a Weak Bloodline trait. Sims with the Strong Bloodline trait gain an additional talent point at each Spellcaster rank to spend towards perks. They also gain Spellcaster experience faster and reduce the chance of overloading by 20%.
Ages:

This Sim's parents had no Bloodline traits. Sims with the Weak Bloodline trait gain an additional talent point at each Spellcaster rank to spend towards perks. They also gain Spellcaster experience faster and reduce the chance of overloading by 10%.
Ages:

Ensure that you've read the FULL DESCRIPTION before downloading.

Starting from Version 1.4, only the Core Package is bundled. For the Transformation spells, they are now maintained over at Mastery Spells.