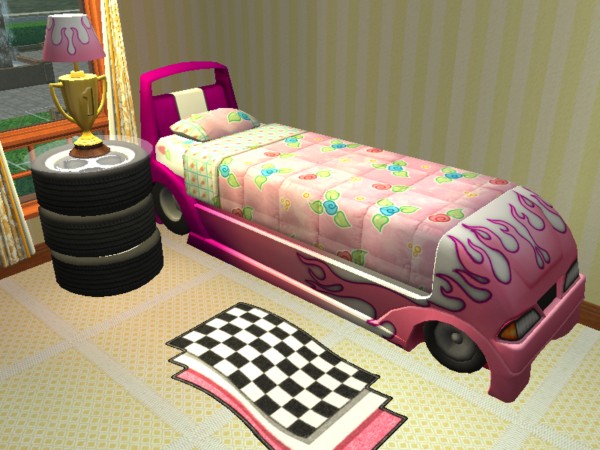 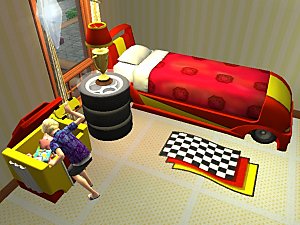 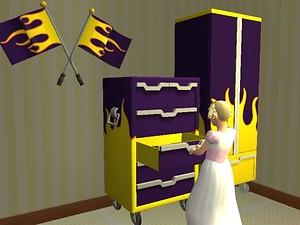 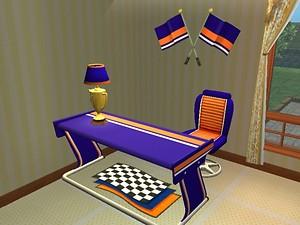 1,253 Thanks  Thanks     50 Favourited
This is a new mesh, and means that it's a brand new self contained object that usually does not require a specific Expansion pack (although this is possible depending on the type). It may have Recolours hosted on MTS - check below the description for more information.

The new files have the same names and GUIDs of the older ones, so they will overwrite the previous versions.

02 OCT 2006: UPDATE - Some users couldn't see the Bed in the catalog. Download the new version to fix the problem (thanks DementedMom for testing). If you never had problems with the Bed, you don't need to redownload.

18 SEPT 2006: UPDATE - Some users couldn't see the End Table and the Toy Box in the catalog. Download the new version to fix the problem (thanks Xianah for testing).
Warning: the new End Table and the new Toy Box are not compatible with the previous versions: if you didn't have any problem, you don't need to re-download (if you do, your endtables and toyboxes will revert to other Maxis objects, and you have to sell and re-buy them)
18 SEPT 2006: UPDATE - The "Collection" file now includes also the new versions, and a *new themed icon*, too.

11 SEPT 2006: FIX - No more flashing blue clothings in the armoire.
Thanks to Haveloc for having tracked down and fixed the bug. This is probably the most sensational "Maxis Lost & Found" ever

Hidden in the Glamour Life Pack there was an entire "lost" set, composed by:
The whole set is recolourable and comes in 4 colours (red, blue, purple and white); some items have an additional "chequered" recolour. Only the end table comes in only 1 colour (it's just a pile of tires...

); but anyway I managed to make it recolourable.

All these items require Glamour Life Stuff to work.

Installation: just extract the rar to your Downloads folder. For your convenience, I've prepared also a "Collection" to hold together all the 'Race Car' items. The "Collection" file must be extracted and put into your "Collection" folder, NOT in the Downloads!

CREDITS: all the meshes and textures are by Maxis; I've created the packages, rebuilding the missing items and fixing the existing files, so to make the objects buyable from the catalog.