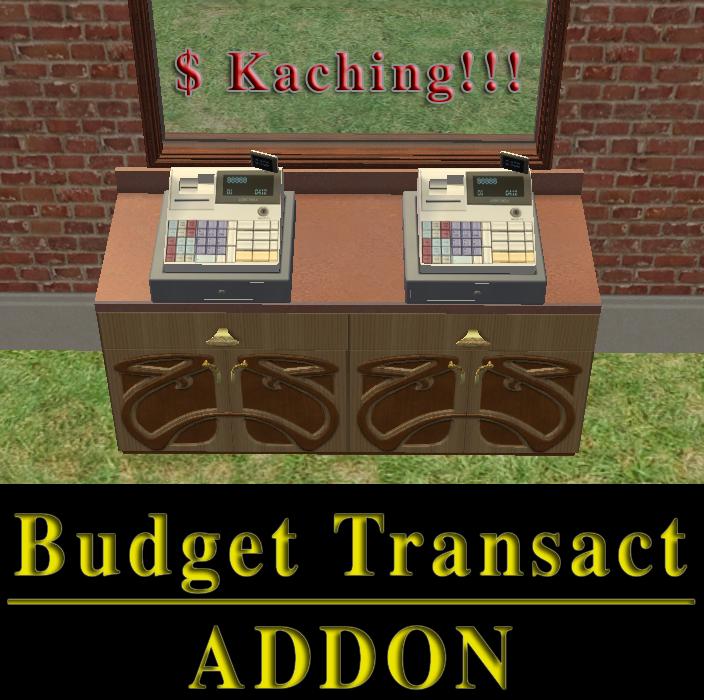 * Requires : Varies (depends on which global function is being called, but most of them do work on the base game)
* Compatibility: The Sims 2, University, Nightlife, Open For Business, Pets, Seasons, Bon Voyage, Store Edition, FreeTime, Apartment Life, Mansion & Garden Stuff, all Stuff Packs
* Modifications: Global (but needs to be specifically called by a modder)
* Hack Version#: 1.1

* You must also download the following addon(s) for this hack to work correctly:

This "Globals Pack" file replaces my older addon named "Budget transact". So if you were instructed to download the Budget Transact addon by another hack, you must download this Globals Pack instead. It will do the same thing. One important change is that this pack requires my Game Edition addon, while the older "Budget transact" did not.

Globals Pack is a set of globally accessible functions that many of my hacks use. It is not a game-altering hack in and of itself. It is simply an addon that other hacks need to explicitly call. If no other hacks call the file, it will just lay dormant doing absolutely nothing (not even using up CPU cycles).

Instead of including this file along with each individual hack that needs it, I made it only available as a separate download. I've done that so that my old hacks will not need to be constantly repackaged to include a new "globals pack" file every time this file gets changed to fix issues or to add new features.

It is just so much simpler (for me anyway, maybe not for you) to do it that way.

Other people can reference these routines from their own hacks if they wish and can even tell people that my "Globals Pack" is required for their own hack to function. It is not advisable to directly include my file along with any other hacks though, since I do plan on updating it to newer versions frequently.

You also need to extract the file from fix_for_BASE_UNI_NL_only.rar if you only have the base game, University, and/or Nightlife. Players with Open For Business or higher do not need the fix.

* Check out the readme.txt file for more information.