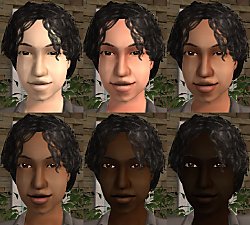 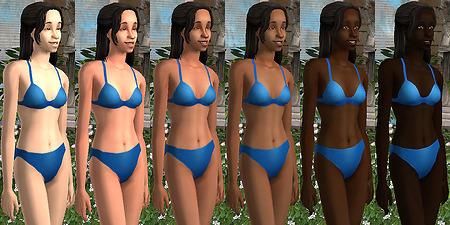 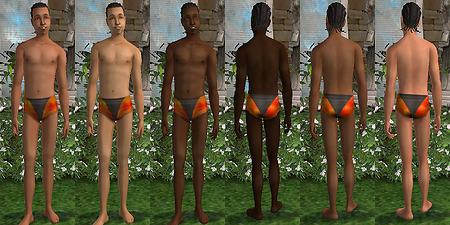 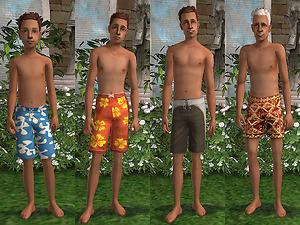 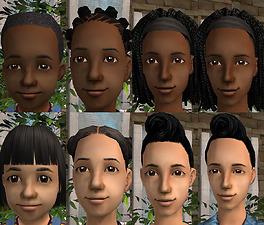 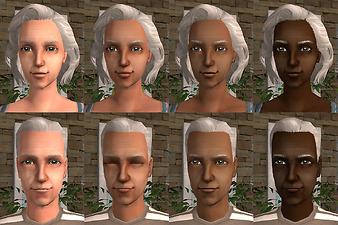 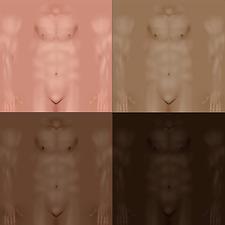 250 Thanks  Thanks     67 Favourited
This is a Maxis Recolour which means that it is a recolour of an item that already exists in your game. Please check the Expansion pack requirements to see which game pack it recolours.
I... may have gone a little bit overboard here. This is a set of skintones in a style which I consider to be Maxis-match, but which might work just as well in a semi-realistic game. I started with the four Maxis skintones, but I recolored them so they had more pink and blue undertones instead of the yellow and red understones that the Maxis skintones have. Then I added some extra details, mostly from skintones by Louis/Ren and HystericalParoxysm, fiddled with them until I was happy, and finally, finally, years after I first started, was happy enough with them to start making the in-between shades.

That's where I went overboard, since once I was done I had TWENTY-ONE skintones, all natural colors.

You won't find a lot of inline images in this thread since they are mostly too large for that, but here are a couple of them just so that you don't have a huge wall of text.

First of all, the thumbnail swatch from Bodyshop, to show how everything is arranged. All the thumbnails are sampled from the same part of the skintone (specifically, the neck), and all the skintones have tooltips with the name (i.e, the number) of the skintone. I probably could have given them all pretty names, but that would have made it harder to keep track of them, so they're numbered according to the genetic values I gave them. 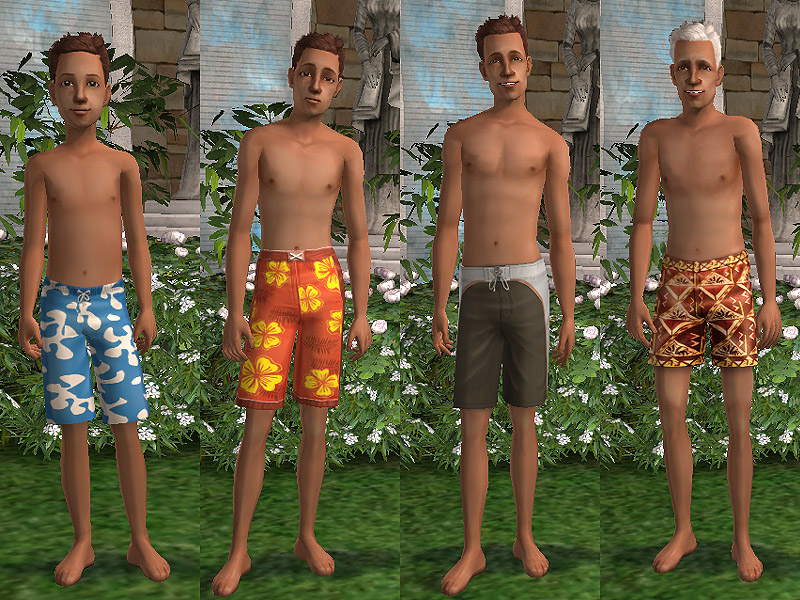 And here's the only in-game shot I had that fit the size guidelines. It shows the same skintone on the same Sim from CM to EM.

All 21 skintones are geneticized and townified. Geneticized means that they aren't dominant over default skintones like regular custom skintones are, and aren't just a 50/50 chance of which parent's skintone the kid will get as you'd have when both parents have custom skintones -- kids can have any skintone in between the two parents' skintones. Townified means that ANY of them can be used when the game generates brand new townies and NPCs and so on, not just the default four. I made this set to be the only skintones I use in my game, although of course you are welcome to use them with other skintones. There are two skintones lighter than S1, two skintones darker than S4, three regular in-between shades between each of the default four, and four extra tones that are more golden in color (inspired by Enayla's Pixie Warmth -- but still matte like all my others). None of the golden tones is any darker than my S2.

I started with the Maxis skintone LIFOs for every file, and then imported the images into SimPE via Build DXT. It's not possible to completely eliminate pixelation on dark skintones -- even Maxis S4 has some, and my S3 is about as dark as Maxis S4 -- so there is a little, but it's been minimized as much as possible via the SimPE importation. I don't really notice it in gameplay myself.

Using the Maxis files for a base means there are different textures for all three fitness states for Sims teen and up, and genuinely different faces for different ages and genders. For me, that's a plus -- my pudgy Sims shouldn't have visible six-packs and my elders should have some wrinkles. The bodies have collarbones and nipples (male and female both) from Simcribbling Self-MakeUp #7, my old defaults for years, and hands from HP's Idolatry of the Flesh. Everything else is Maxis.

You won't see them unless you've deleted the custom eyes a Sim was wearing, but the eyes on the skintones are the brown eye from an older set by Ninika. The teeth are my own, made from a photo. Lip textures are partly HP's and partly from ASK's Just Lips, which are in turn based on a Simcribbling lip texture, and the mouth corners are by Lunar Eclipse. Nose detail is a combination of Simcribbling and some shading I did myself in imitation of a nosemask from Chinafansims that I never got an answer about using. Under-eye shading is from Rensim's Face Kit makeup, used with permission. Some of the detail around the eyes is from Simcribbling, but I ended up using mostly straight Maxis for the upper lids, because anything else looks stretched and funny on several of the Maxis face templates, and I happen to like my Pleasantview townies.

All models are wearing Maxis hair, Maxis underwear, and Ninika's eyes linked above.

SUPERNATURALS ARE COMING. Since I made this set to be the only one I use, I'll eventually be replacing every skintone in the game, including less obvious ones like the genie and the human statue. The hold-up is mostly in the werewolf skin. -.-

Finally, policy. I'm pretty easygoing, guys. Don't try to charge people money for it, don't claim you made it (credit me, and credit the people I credited). If you want something, ASK -- I have custom versions of these skintones zipped up safe, as well as versions that are genetized but not townified, it's just that we're talking about 75 megabytes of skintones here, and I'm not uploading it all three times to MTS. I also recognize that not everyone is going to want to use these exactly the same way I use them and might want different defaults or some recolors. You don't have to ask permission to modify these skintones (especially since I mostly cobbled together other people's textures anyway), but if you're going to, I'd rather share my PNGs (or even my PSDs) so you get a better end result.