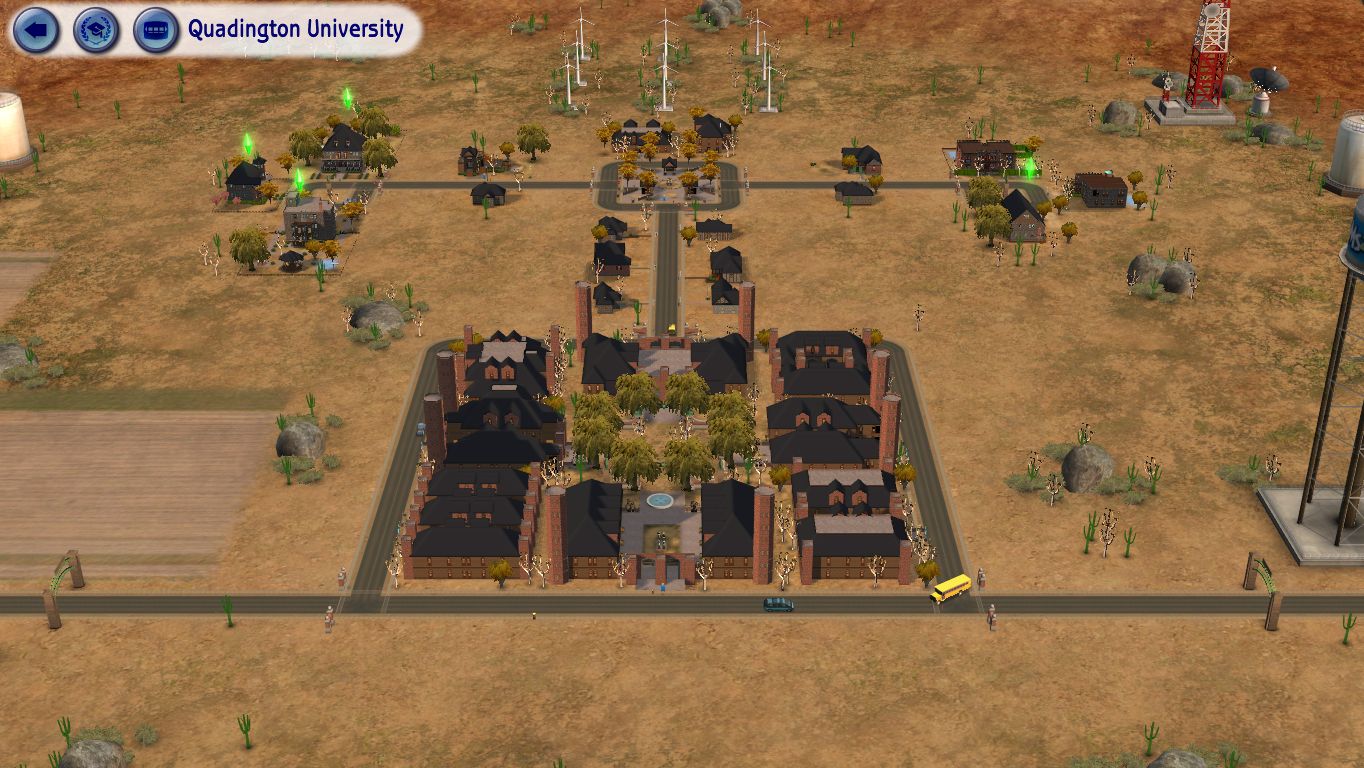 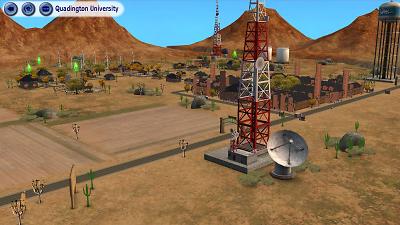 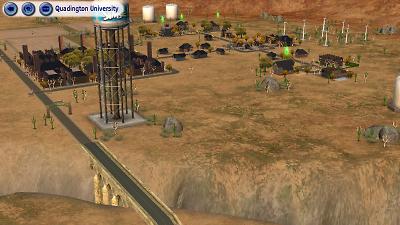 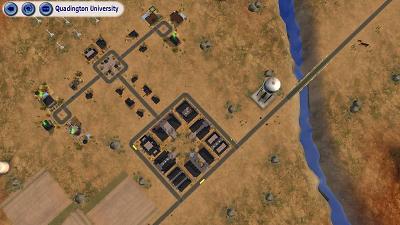 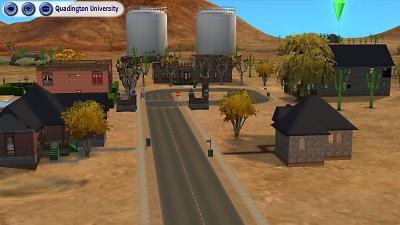 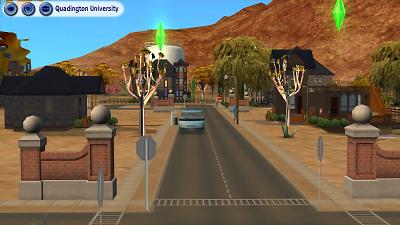 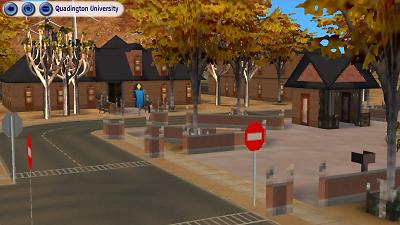 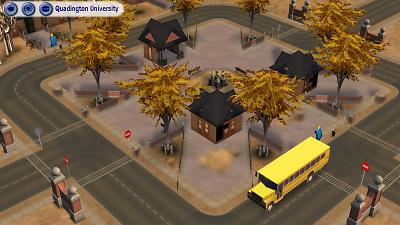 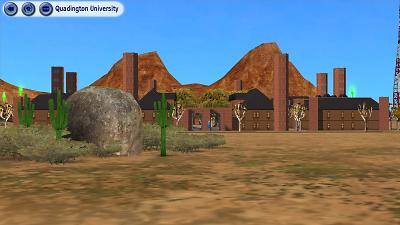 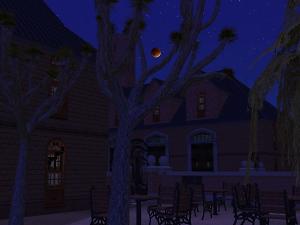 Created by Hood Building Group
View all Downloads
Uploaded: 1st Nov 2015 at 5:25 PM
Updated: 6th May 2018 at 4:01 PM
Some time back, we wanted to give you a sneak peak of what's coming at the end of the month...
If you guessed the Hood Building Group is going to upload a custom university subhood for MTS's current monthly theme (College Living), as well as the world's monthly theme (Spooky, Halloween) - then you guessed correctly. 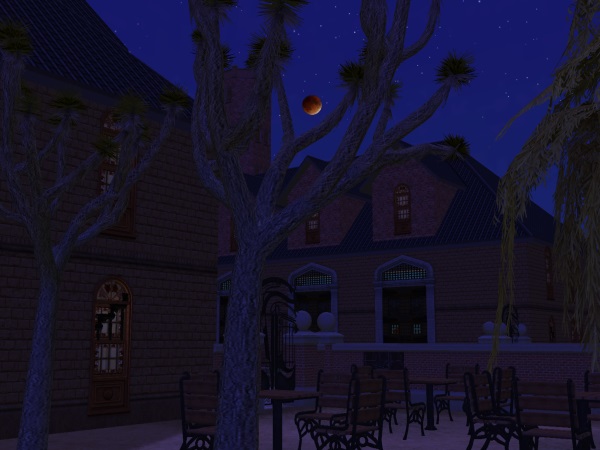 
"Quadington University is not the university it used to be.

It's been a while since someone graduated here. This place used to be popular. It was full of students! Sometimes it had too many students and the university often got crowded but then something unexpected happened. Something that changed Quadington University forever!

Nobody knows what exactly happened, but many students wanted to flee. Since then, Quadington University got forgotten and became a ghost town. It's still a ghost town and it's not even recorded on any map!

Will your sims manage to study in such a university, in such a ghost town, in such a dead place and in such a loneliness or will they freak out and cry for another university?"

Install Instructions for the 'Base Game Compatible' Version:
Primary Hood Version:
1. Put the folder QU01 or QU02 into your "Documents\EA Games\The Sims 2\Neighborhoods folder.
2. You will have to copy the contents of the Storytelling folder into your "Documents\EA Games\The Sims 2\Storytelling" folder in order for it to function properly. Later EPs do not have this requirement.

In order to use the university subhood, please take note of the following:

Further Info:
Quadington University has been created with Numenor's AnyGameStarter with no Maxis content, so there aren't any townies or any NPC.

But shouldn't a TS2 university have dormies, professors, llamas, cows and cheerleaders?

Yes, it should. Because this is a university subhood, we have also created a special version (UQU3) with custom dormies and custom university NPCs (professors, llamas, cows, etc.)
If you want to read more about the individual dormies/NPCs, look at the comments of this thread.

Oh and, everyone in the neighborhood is a zombie! Also the NPCs sims if you download the dormies/NPCs version! By default, there's no way to cure zombies but there are mods that allow that, so if you don't like zombies or if you had enough, you could download Smonaff's Dezombification Potion or other mods that can cure zombies.

Quadington University uses a custom SC4 terrain. But there's no need for a camera mod - you'll see all of the lots with the default camera.
Speaking of lots, there are 28 lots in total; 12 of them are community lots, 10 of them are residential lots, 3 of them are dormitories, 2 of them are Greek houses and one of them is a Secret Society lot. If you want to read more about the individual lots, look at the comments of this thread.

All of the lots have been compressed with Mootilda's Lot Compressor.

There are two versions of Quadington University:
One of them is a primary 'hood and it's base game compatible and doesn't require any EPs.
The other version is a university subhood and requires University EP in order to work.

Both of the versions don't have any CCs in it, as usual.

Oh and feel free to post your stories in threads like What did you do with the Quadington University characters?.
We can't wait to read your stories.
As always, stay tuned for more (secret) neighborhoods to come!

Additional Credits:
Numenor for his AnyGameStarter which we used to make this neighborhood base game compatible and empty.
Mootilda for her Lot Compressor which we used to compress all of the lots in the neighborhood and for her LotAdjuster which we used on some lots as well as for her helpful HoodChecker (to see whether there are any problems or not) and for her tutorial How to Create a Custom Subhood Template
Sophie-David for his Buyable Aspiration & Career Rewards for Lot Builders
Compressjpeg.com for compressing the size of the required images for the download page.
The makers of SimPE
Files Need help with downloading or installing content? Click here!