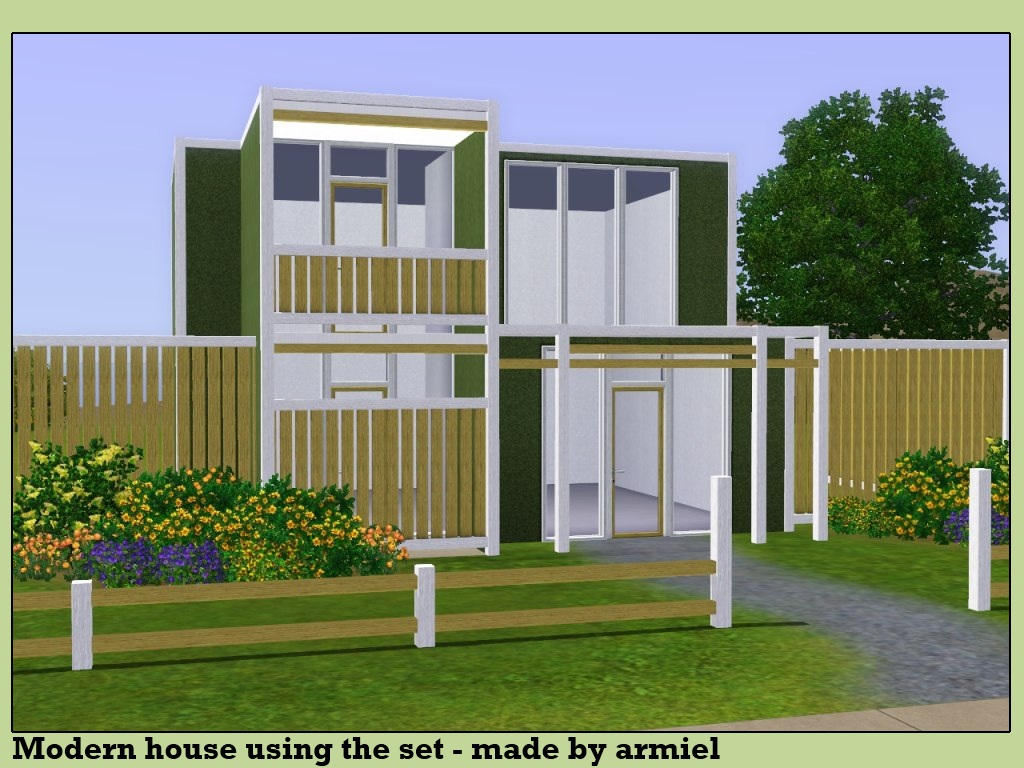 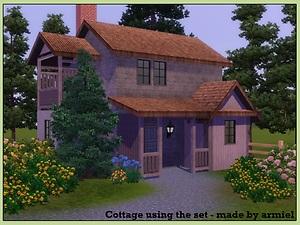 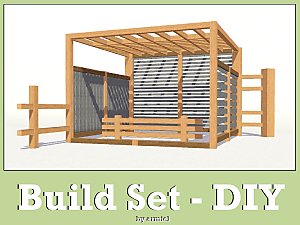 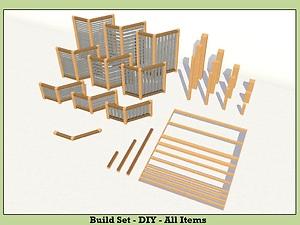 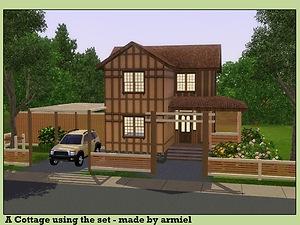 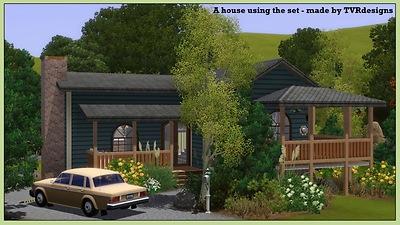 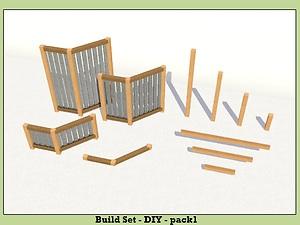 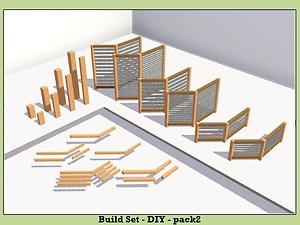 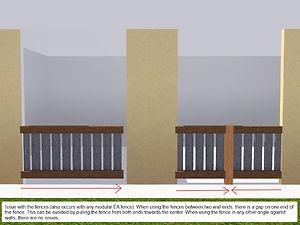 358,779 Downloads 3,304 Thanks  Thanks 672 Favourited 458,230 Views
Featured Upload!   This is a featured upload! It showcases the best talent and creativity available on MTS and in the community. One should never touch meshing programs!

This set got started when I wanted to make a proper fullwallheight column to use in my game, that would tile seamlessly when put on top of itself. That one was relatively fast to make, but was I happy? No! I needed to make other heights, that would work with CFE'd walls.

So I made those variations. Then it hit me. Beams! I have always loved how you can shift stuff up and down on walls, so I made a beam that could do the same, to go with the columns. Was I happy with what I made again? No! I had to make two other sizes. So now I had 4 columns and 3 beams to go with them.

I wasn't still satisfied, something was missing, and then I thought - Why not make fences, I have never made any. So I took a dive to mysterious world of fence making. It took a few tries, but soon I had a nice counterheight fence, that worked nicely with both the columns and the beams. So once again, I had to make more variations - Resulting 2/3- and fullwallheight fences.

As a stubborn person, I had to make more fences of course, but this time with horizontal planks. So I made 3 fences with thick planks. Then I wanted ones with narrow planks, and made those too.

About half the time I was Skyping with Tom and Kayla, and occasionally also Qbuilderz. Tom was bugging me all the time with requests for roofing fences and different columns, but I told him that I might do them at some point. Then Q started talking about roofing fences too, so I thought, I guess I can make some.

So I started exploring how to make the roofing fences, and to make it more difficult, so that they would be floor level and -height. I made one version, showed it to the guys, and they liked it, so I made 4 other versions too, to make it more interesting. Then I thought, why not make Tom the columns he so much wants, so I did those too.

I also tried to do a gate, but I have to say, that was too much for my nerves... ...Stupid joints... So I decided, 30 objects for a set is quite enough for one Finn to make at a time. The set was done

Now cause I have a lousy memory, I can't remember at which point Lee told me about linking all the objects to one texture package. So after a little while of investigating and testing, I figured how to do it. Actually, at that point I had 11 objects, each 2MB of size, and after linking the textures, I had reduced the total package sizes to little under 3MB. I can't count how much the total reduce for all items is, cause I'm bad at maths :P

Then, at the end when I had all the packages done, Dal and Lee poked me about combining the packages. So I did so, thanks to them for the idea!

I hope that you managed to read this tldr-text, and I wish that you enjoy the set! I know I will

Now if you just have enough strength left, please carry on reading about the objects

Build Set - DIY
Also know as "Do it yourself - Bitches!" (a lovely name by Dal xD)

Information!
Please press the button to show all object information!

Here is a picture of all items in the set. And here are the names, prices, locations where to find, channel info, and what texture packs you need for each group. Is told above, but I will repeat. NEVER EVER USE THE ROOFING FENCES ON GROUND!!! You will be unable to delete them later if you don't hit undo straight away - they will be underground.

And just as a reminder:
The beams are shiftable. Just place, hold ALT and drag to desired direction.
Some of the objects require MoveObjects On -cheat to be placed everywhere you want (Does not include fences). Additional credits:
Not in any specific order...

Lee, for poking me to make all the items to use same texture files by linking them.
Inge and OrangeMittens for helping with changing the names and descriptions afterwards.
Kayla and Tom, for hours and hours of listening me whine.
Q, for listening that above some of the time ,and for all the ooh's and aah's
Tom also for making me the cute cottage picture for upload using my items!
Kayla, Dal and Traelia for testing.
Dal and Lee also for mentioning combining packages.
#create, Whitey, HP, heaven, levini, adrisole, and everyone else that might have commented on them. Terribly sorry if I forgot someone.

Programs and programmers:
Inge and Peter for S3PE and S3OC Delphy, for Dashboard (where would my sanity be without it, when having to delete the caches all the time!)
TSRW
Milkshape, Blender
Obj.Tool
UVmapper, Lithunwrap
Photoshop and Paint.NET
and finally Skype, a great place to whine!!

10.9.2012
Woooops, the beams had the white issue too. A FIXED file has been added. Same instructions as below. Sorry 'bout this hassle.

30.8.2012
I FINALLY fixed the basic columns, which had some -whiteness- issue when you viewed them off-lot/in edit town/in CAW.

I added a new file containing the fixed columns: armiel_FIXED_columns_normal.rar

Download it and extract it to the same folder you put the original files. It will ask you to overwrite - do so. Then clear your caches, and you're ready to use them! When you load the game, every basic column you had placed has been replaced with fixed pretty version.

Please note that the combined part1 containing multiple parts of the set is still the same, so you need to get the columns fix, too!
Other Information

If you need more info, see:
Also Thanked - Users who thanked this download also thanked:
ModernLine Windows Set
by hudy777DeSign
Gone with the Window with 18 slots
by cmomoney
Half Walls Revisited
by Morphead
Natural Garden Edgers
by HugeLunatic
Ribbon Window - Counterheight
by HugeLunatic
CAST yourself a chimney!
by armiel
Limbo Window - Counterheight
by HugeLunatic
Sliding bookcase " Hidden door " - Up to 27 deco slots + BONUS !!
by Lunararc
Raise the Roof! Then Put Down a Better One! 40 NEW Roof Colors!
by QBUILDERZ
Knead a new WinDough - 3 Tiles/5 Slots
by Nysha
Back to top