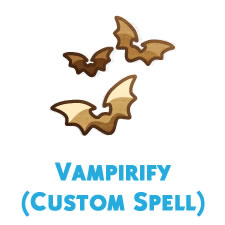 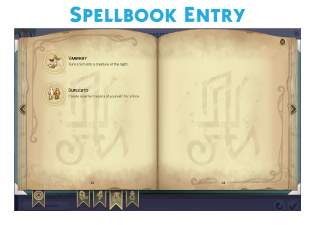 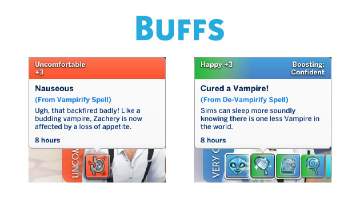 This mod adds a new "Vampirify" spell that allows Spellcasters to turn human Sims into Vampires.

This spell belongs to the School of Untamed Magic and can only be learned by Master Spellcasters that have reached at least level 13 Vampire Lore skill. Unlike other spells, sages won't be able to teach you this spell and you won't be able to learn it randomly through duels or practicing on your own. Instead, your Sim has to use the new "Reveal Hidden Chapter" interaction on "The Ultimate Vampire Compendium."

Once your Sim has read through the hidden chapter, they will be able to cast Vampirify on human (or seemingly human) Sims.

Additionally, Sims can cast De-Vampirify on Vampires. This will turn them human against their will. The success of this spell depends on your rank as well as the vampire's rank and perk. If the vampire is weakened by the sun it is also likelier that your Sim succeeds. It's not a good idea to cast it on a strong Vampire at plain night though!

This custom spell requires my Spellbook Injector mod. It was made to work with game version 1.56 or later.

The following two resources have been overriden, so the Vampires you turn/cure are properly registered in your Statistics. This mod will only conflict with mods that edit these same two resources.

Need more information?
Back to download view
42 Comments / Replies (Who?)